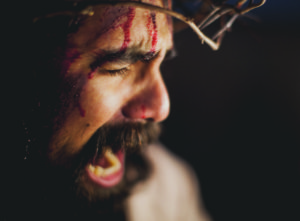 A Cry of Dereliction

One of the most challenging statements in Scripture was uttered by our Lord Jesus Christ while hanging on the cross. It’s sometimes known as the Cry of Dereliction. I want to take us back to that Friday afternoon some 2000 years ago and talk about this.

In Matt 27:45 we read, “From the 6th hour until the 9th hour darkness came over all the land. About the 9th hour Jesus cried out in a loud voice, ‘Eloi, Eloi, lama sabachthani?’ which means ‘My God, My God, why have You forsaken Me?’” And then in v 50 it says, “And when Jesus had cried out again in a loud voice, He gave up His spirit.”

Here Jesus vocalizes the question that was on everyone’s mind: Why was this man of God, this insightful rabbi, this miracle worker, seemingly being abandoned by God? In the Jewish mind, to die such a death, at such a young age, was the epitome of God-forsakenness.

“Eloi, Eloi, lama sabachthani?” This statement is one of the most debated sentences in the entire Bible. What exactly did Jesus mean by it? Over the centuries scholars have offered up different explanations and thoughts on this passage—but there can be little doubt that these four Aramaic words are packed with significance.

First, when Jesus cried out in a loud voice, ‘Eloi, Eloi, lama sabachthani?’ many assert that Jesus in His human nature, felt abandoned by God the Father.

Jesus was God in the flesh. John 1:14 says, “The Word became flesh and dwelled among us.” And in Phil 2:6-7, Paul says that Jesus, “although being in very nature God… was made in human likeness.”

So Jesus was deity in human form. Therefore, you could say that in His humanity, Jesus experienced an emotional separation from His Heavenly Father.

Michael Deaver served as the Deputy Chief of Staff during the Reagan administration. On the morning of President Reagan’s inauguration, Deaver was concerned because it appeared his boss had overslept. So he knocked on the President’s bedroom door and said, “Sir, it’s 8:30 in the morning. In about two hours, you’re going to become the 40th president of the United States!” And as the story goes, Reagan sleepily poked his head out from under the covers and said, “Do I have to?”

You know, it’s impossible for us to know exactly how “human” Jesus felt throughout the arrest, trials, and crucifixion. But we do know that in the garden of Gethsemane, He prayed to God the Father, “Please, Father—let this cup pass from Me.”

But of course, knowing there was no other way, Jesus said, “not my will, but yours be done, Father.”

Hebrews 4:15 says, “For we do not have a high priest who is unable to sympathize with our weaknesses, but we have one who has been tempted in every way, just as we are—yet was without sin.”

Can you imagine the emotional suffering that accompanied the crucifixion—carrying all the crud that I’ve done, and all of the sins you’ve ever committed, not to mention the sins of billions of people over the years. I believe it’s quite plausible that this cry from the cross was the human side of Jesus speaking out. In His pain, He felt forsaken. But there’s more to it than that…

Second, when He cried: “Eloi, Eloi, lama sabachthani?” many believe that Jesus became a sin offering, and for a brief moment God the Father abandoned Him.

There’s no doubt that Jesus did become a sin offering, a sacrifice on our behalf. Isaiah 53:6 says: “We all, like sheep, have gone astray, each of us has turned to his own way; and the Lord has laid on Him the iniquity of us all.” On the cross, God transferred onto Jesus all the sins of the world. First John 2:2 says, “He is the atoning sacrifice for our sins, and not only for ours but also for the sins of the whole world.”

Can you imagine that?

In that pivotal moment in time, Jesus became guilty of Saul’s persecution and murder of Christians, Hitler’s holocaust, Jezebel’s immorality, Elvis’ drug abuse, Stalin’s massacres, Osama Bin Laden’s murders, not to mention our sins. As Paul wrote, “God made him who had no sin to be sin for us, so that in him we might become the righteousness of God” (2 Cor 5:21).

So it makes sense that the Father would turn His face away from the Son during that time—that there would be a break in the fellowship between God the Father and God the Son.

In Galatians, Paul seems to convey the idea that Christ was forsaken during that precise moment on the cross. “Christ redeemed us from the curse of the law by becoming a curse for us, for it is written: ‘Cursed is everyone who is hung on a tree’” (Gal 3:13).

The very type of death that Christ experienced was associated with a curse. 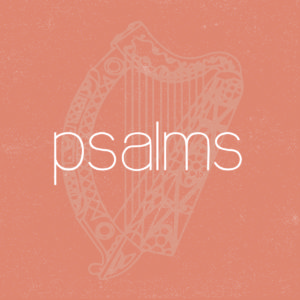 But there’s much more to this Aramaic phrase—although you’d never know it unless you were familiar with the Jewish culture back then.

You see, Jesus was a Jewish rabbi, a teacher who connected with his audience by using the literary devices of that day. And one such literary device was known as remez. Remez is when a person quotes a portion of literature and he expects his hearers to know the rest of the story.

So when Jesus cried out in a loud voice, “Eloi, Eloi, lama sabachthani?” He was quoting the first verse of Psalm 22 and fulfilling a Messianic Prophecy.

Jesus is quoting the first verse of a Psalm, and He expects His listeners to know, as Paul Harvey would say, the rest of the story.

In that day, the Jewish people had an insatiable love of the Scriptures. In fact, by the time a Jewish boy was 12 years old, he was expected to commit to memory the first 5 books of the OT—Genesis, Exodus, Leviticus, Numbers, and Deuteronomy. In your Bible, that’s probably around 150 pages. And many Jewish boys had that memorized by the time they were 12!

You see, it wasn’t until centuries later that Bible scholars added in the chapters and verses. So back then, when a Rabbi was teaching, he couldn’t give you a verse reference. Jesus couldn’t say, “Psalm 22, verse 7.” But he didn’t need to. Since they had so much of the OT memorized, the rabbi would just say the first verse of a passage, and the people would fast-forward through the rest of it in their minds.

So when a Jewish person would experience something noteworthy or significant, whether it was a good occasion or a bad occasion, they would immediately quote from an appropriate section of Scripture that fit the moment. For instance, if a person was close to death, a Jewish friend might say to him, “The Lord is my shepherd…” Now we might wonder, What does that have to do with death? But the Jew, in his mind, would fast-forward through the middle and to the end of that Psalm and remember, “…Yea, though I walk through the valley of the shadow of death, I will fear no evil for You are with me.”

So when Jesus uttered: “My God, My God, why have You forsaken Me?” it wasn’t meant to be a stand-alone statement. It was the opening phrase of Psalm 22. Jesus was using remez to point His listeners to the rest of the Psalm.

You ask, “Well what does the middle and end of that Psalm say?” Good question. And before I walk through some of those verse, picture in your mind what those at the foot of the cross were seeing and experiencing when they heard Jesus ask, “Eloi, Eloi, lama sabachthani?”

“All who see Me mock Me; they hurl insults, shaking their heads” (v 7).

“My strength is dried up and My tongue sticks to the roof of My mouth” (v 15).

“A band of evil men has encircled Me. They have pierced My hands and My feet” (v 16).

“I can count all My bones; people stare and gloat over Me. They divide My garments among them and cast lots for My clothing. But You, O LORD, be not far off; O My Strength, come quickly to help Me” (vv 17-19).

“You who fear the LORD, praise Him! For He has not despised or disdained the suffering of the afflicted one; He has not hidden his face from Him but has listened to his cry for help” (vv 23-24).

“All those who go down to the dust shall bow before Him. Even he who cannot keep himself alive. A posterity shall serve Him…They will come and declare His righteousness to a people who will be born, that He has done it” (vv 29b-31).

The One forsaken in v 1 is the One who will rule forever in the last verses of the Psalm. Death would be followed by resurrection and ultimate victory.

Those words were written 950 years before Jesus was born!

When those words were written, crucifixion had not even been invented. It wasn’t until centuries later that they began to execute people on a cross. And yet it’s a perfect description of what Jesus went through. Piercing of the hands and feet, casting lots for Jesus’ clothing—amazing prophecy!

So Jesus was using those words to remind the people of the Psalm they had memorized. He was reminding them that while it may appear as if God the Father had forsaken His Son, this isn’t the end of the story. It’s Friday; but Sunday’s coming! It’s the cross; but the kingdom is coming! The end of the story is that one day future generations will proclaim Jesus’ righteousness, saying: “He has done it.” In other words, He has atoned for our sins.

So therein lies the significance of this powerful question: “Eloi, Eloi, lama sabachthani?”