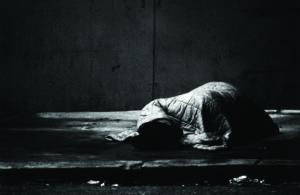 In his book, Ministers of Mercy: The New Testament Deacon, Alexander Strauch writes, “During the last three decades, a major revival of interest in deacons has taken place. In nearly every denomination and branch of Christianity, efforts are underway to discover God’s design for deacons” (p. 8). However, he suggests that much of that interest has resulted in confusion because not everyone has gone to Scripture for answers.

Luke tells us that In those days…the number of disciples was increasing.

It’s interesting that Luke uses the word disciple here, when earlier in Acts, he wrote about believers (2:44). In the ancient world, a disciple was someone who apprenticed himself to a teacher. They left home, work, and family to literally follow that teacher from town to town, learning from them, until such time as the teacher died, or the disciple became a teacher himself. Thus, in the Gospels, while many people believed in Jesus, only those who literally followed Him were called His disciples. However, in Acts 6:1, these people are called disciples even though they are not literally following Jesus. Why?

I suspect Luke wanted to make the point that, unlike other famous teachers with disciples—from Socrates to Aristotle—Jesus was alive, not dead. He was still teaching and leading the believers personally. And no one can outgrow the need to be continually taught and led by the Lord. We are all His disciples for life.

The community of disciples was growing (the number of disciples was increasing). But as with any organization, there were growing pains. As an expression of their love for one another, in Acts 2:46, we read that the believers had adopted the practice of eating meals together on a daily basis.

In Acts 4:32, and 34, we read how the disciples made their personal belongings available for the needs of all (“all things were common property”). When a need arose people would sell their belongings and bring the money to the apostles who then “distributed [the money] to each as any had need.”

And here in Acts 6, we learn that one of the needs they were meeting was feeding the widows on a daily basis. There already existed a Jewish practice of taking care of the poor through a common pot of money, a practice continued by Jewish believers in Jesus. But there was a problem. The Hellenistic Jews among them complained against the Hebraic Jews because their widows were being overlooked in the daily distribution [diakonia, service] of food.

“Hellenistic Jews” grew up outside of Israel, spoke Greek, and adopted Greek customs, while the “Hebraic Jews” were native to Israel, spoke Aramaic, and kept Hebrew customs. And apparently, there may have been some subtle prejudice between the two cultural groups because the Hellenized widows were being overlooked. They were not getting their fair share of the common pot, so the Hellenized Jews complained.

Given this problem, the Twelve gathered all the disciples together. The apostles listened to the complaint. They didn’t ignore it, sweep it under the rug, or hope it would go away. They listened to the complaint, addressed it head on, and did so publicly. Moreover, they not only acknowledged the problem, but identified a second one. “It would not be right for us to neglect the ministry of the word of God in order to wait on tables.”

Put simply, the apostles were being distracted.

Time spent at the money tables was time spent away from their calling to preach and to pray. It wasn’t right to be so distracted, not because serving the needy was bad thing to do, but because it wasn’t the best thing they could do.

There are too many good things to do, and you need wisdom to prioritize between them.

One way of prioritizing is to know your spiritual gifts, callings, and vocations from the Lord. Knowing what those are will often help you discern which option to choose, when you are given several good things to do. You’ll discern where to serve, based on your giftedness.

Knowing their gifts, callings, and vocations certainly helped the apostles in their decision. Although they were more than qualified to tend to the money table, their primary giftedness and calling from God was to preach and to pray. That was the best service for them to do.

Faced with these two problems, the apostles proposed a common-sense solution. “Brothers and sisters,” they said. “Choose seven men from among you who are known to be full of the Spirit and wisdom. We will turn this responsibility over to them and will give our attention to prayer and the ministry [diakonia, service] of the word.”

The apostles told the people to choose seven men who could take responsibility for the distribution of food.

One of the most interesting aspects of this solution is what is not mentioned. The book of Acts is full of supernatural guidance. Angels speak, voices are heard, visions are seen, and the risen Christ even appears to give personal instruction.

But in this case, faced with the problem with the widows, there is no voice from heaven, no vision, no trance, and no angelic appearance. Instead the apostles use sound judgment to address a practical problem.

How appropriate! The life of a deacon is one of practical service that must rely on Biblically informed experience to come up with common-sense solutions in serving the neediest members of the community.

The men had to have the right character qualities for this position, with the apostles mentioning three things in particular.

First, they needed to be known in the community. That is, they needed a track record of service, and be the kind of natural leaders that everyone knew and trusted.

And third, they needed to be full of…wisdom. Please don’t confuse this with having wordly wisdom, or being highly opinionated, or being full of hot air. The apostles were talking about Biblical wisdom, as found in the Word of God. Wisdom is practical knowledge of how to live a good and godly life. The men who would be put in charge of the distribution to the widows would need that practical knowledge to solve the problems they would be faced in serving the community.

Luke tells us the proposal pleased the whole group. At a time of discord and potential fracture, the apostles brought unity, not only by proposing a reasonable solution, but by making the people themselves ultimately responsible for working out the problem. It was up to the community to choose these new servants. And their choice was somewhat surprising.

So they chose Stephen, a man full of faith and of the Holy Spirit; also Philip, Procorus, Nicanor, Timon, Parmenas, and Nicolas from Antioch, a convert to Judaism. What is surprising here is that all the men have Greek names. This indicates they may have all come from the Hellenized group. One would have expected a few Hebrew names to maintain a sense of balance in the service to the widows. But this may be a sign of contrition and humility on the part of the Hebrews. Maybe they recognized the wrong that had been done, and out of a strong desire to restore peace, willingly entrusted the work to men from “the other side” as it were.

Although we don’t know very much about the last five men, in later chapters we will about Stephen and Philip, and how God used them both mightily to preach the good news and even to perform miracles. It seems the congregation had made the right choice.

And what was the result of appointing these men? Interestingly, Luke doesn’t tell us that it solved the first problem with the widows. Instead, he concentrates on the second problem of the apostles being distracted from preaching the word. Indeed, in that respect, the results were very positive.

As a result of appointing the seven, three things happened.

First, the word of God spread. The apostles were freed to concentrate on preaching, and the Word was heard far and wide.

Second, the number of disciples in Jerusalem increased rapidly. Not only did the Word spread, but people openly believed it and joined the community.

Third, in an even more impressive sign of the apostles success, a large number of priests became obedient to the faith. The Temple priests would have had much to lose by openly believing in Jesus. For example, they would most likely lose their priestly jobs, be ostracized by their families and friends, and immediately become special targets of the religious authorities as relatively high-profile converts to the new faith. And yet, despite these dangers, many of the priests believed anyway, and did so openly, becoming obedient to the faith.

What does this passage tell us about the role of deacons? Let me suggest four applications.

1. Deacons should be disciples.

The reason why the church needed deacons at all, was so the community could be more effective in loving its neediest members. The deacon is the one sent on behalf of the church to love the least among us. And more often than not, the reason why it is a deacon helping, instead of a friend or family member, is because the needy member has no one else to help them. Like the widows in Acts 6, they are alone in the world. In those cases, what is really being ministered to is not a material need, but a need for relationship, human connection, and for family. In sum, it is a need for love. Hence, a deacon must love people.

3. Deacons should be wise.

The apostles did not receive a revelation from God on how to deal with the widow problem. They used their sound judgment.

Likewise, in order for a deacon to be effective, he must develop a Biblical mind in order to exercise sound judgment.

Colossians 2:3 says that all “the treasures of wisdom and knowledge” are found in Christ. And in 1 Cor 2:16, Paul says, “we have the mind of Christ.” That wise mind is developed through a life of prayer, Biblical study, and faithful living.

As you grow in spiritual maturity, and develop Biblical habits of thinking, you’ll be able to make good decisions.

4. Deacons should magnify the preaching of the Word.

Deacons exist so the word of God can be preached without distraction. They exist to magnify the Word. Deacons serve people’s physical needs, so that preachers can help meet their eternal needs through the preaching of the Word.

Since deacons hold an office that is meant to facilitate the preaching of the Word, deacons should be diligent students of the Word themselves.

Loving people can be messy. It is the deacon’s job to get their hands dirty.