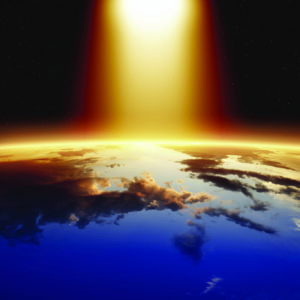 The proposals presented here are based on the assumption that the dates given in the Bible are taken at face value and that the genealogies in Genesis 5 and 11 are “tight” (without gaps). A detailed elaboration and defense of these calculations appear in my article “Old Testament Chronology and Its Implications for the Creation and Flood Accounts” (Bibliotheca Sacra 172 [Jan-Mar 2015]).

931 BC. Inauguration of Rehoboam as King of Judah

Rehoboam’s accession year was from Nisan 1 to Tishri 1 of 931 BC [These are months on the ancient Hebrew calendar]. This is established by correlation with the Battle of Qarqar in 853 BC (a firm date in Assyrian chronology). In this battle, the Assyrian King Shalmaneser III fought a 12-king alliance that included Hadadezer of Damascus and King Ahab of Israel. King Ahab died in 853 BC, shortly after this battle. The Assyrian victory is recorded on the Kurkh Monolith Stela. From this historical event, we can reliably calculate Rehoboam’s inauguration as 931 BC based on Ahab’s death and the dates given for the Judean kings in the Bible.

971 BC. Inauguration of Solomon as King

Since the temple was started in the 480th year of the “going out” from Egypt, 479 complete years had transpired. [Note that the LXX has 440 years rather than 480].

This would be March/April of 1446 BC (in the first month of Nisan).

The LXX adds the words “and in the land of Canaan” in Exod 12:40, and on this basis some scholars use the figure 400 years rather than 430 for the time they lived in Eqypt. I go with the Hebrew Bible and use the figure 430.

1876 BC. The year that the Hebrews formally entered Egypt.

This is the point at which Jacob and the “whole family” came into Egypt, at which time Jacob was presented before Pharaoh. See Gen 47:7-9 and compare Acts 7:11-15.

1876 BC. The year that the Hebrews entered Egypt.

Problem: We do not know the exact year in which Abram’s father, Terah, was born. The text is vague as to how old Terah was when Abram was born.

Genesis 11:26 indicates that Terah was 70 when he became the father of Abram, Nahor, and Haran. However, there is a conflict if we assume that Abram was the first-born son. According to Gen 12:4, Abram was age 75 when he departed Haran for Canaan in 2091 BC. But according to Acts 7:4, Abram left Haran after his father had died. Genesis 11:32 tells us that Terah died at age 205. Therefore, Terah could not have been 70 at Abram’s birth and also have died before Abram left Haran.

+ 2 yrs. The time after the flood until Shem became the father of Arpachshad. See Gen 11:10.

J. Paul Tanner is currently a traveling teacher and curriculum writer for BEE World Ministries, and lives near Tyler, Texas.