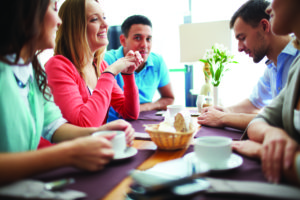 Baptists need to do some soulsearching about our search for souls. We (I am a Baptist myself) love talking about Jesus. We emphasize evangelism. But we aren’t always clear when we present the gospel. We all know that some ways are clearer than others, but how do we tell the difference?

How to Present the Gospel Clearly

First, if someone doesn’t already know the facts about Jesus’ life, tell ‘em. Explain to them that Jesus is the Son of God, the promised Messiah. Tell them He was born of a virgin, lived a sinless life, died on the cross as a sacrifice for all our sins, rose again from the dead on the third day, ascended into heaven, and is coming back to establish His kingdom. Those are the basics. It also helps to share some of the miracles that Jesus did, the parables He told, and the commandments He gave. There is tremendous power in Jesus’ words and life. He’s like a bright light in a sea of darkness. Even non-Christians admire Jesus. So don’t be afraid to tell them about Him.

Second, we need to make clear what Jesus gives and what we must do to get it. This is key. Lots of people know the facts of Jesus’ life, but they believe in Him for all the wrong things. They believe in Him for health, or for a promotion, or for a husband. Worst of all, some people believe in Jesus for the right reason—to save them from eternal condemnation—but they misunderstand what is required. They think He will save them if their works are good enough.

We need to recognize that just because someone believes the facts about Jesus’ life doesn’t mean they know or believe Jesus’ promise. So we need to make two things clear: 1) that the sole condition is believing in Jesus, and 2) what they need to believe in Jesus for. We need to make clear that Jesus promises to give everlasting life to all who simply believe in Him for that (John 3:16, 36; 5:24). That’s the core issue. That’s the free gift He wants to give people. Lots of people believe some correct facts about Jesus, but don’t know about the gift, and hence they do not believe in Him for everlasting life. So make clear what He offers up front.

Most people in Christendom think that we are saved by works. They know all there is to know about Jesus, and they still think they get into eternity by being good. But Paul emphasized the only condition more than anyone: it is by faith apart from works (Rom 3:28; Eph 2:8-9). That message is extremely difficult for most people to understand. It goes against the grain. There’s no such thing as a free lunch! Everyone thinks they need to be good to be saved. But Jesus said, “whoever believes in Me” not “whoever behaves in me” has everlasting life (John 3:16). Behavior is not the condition for receiving eternal life. That means that going to church, giving to the poor, or trying to be a good person—all good things—are not required for eternal life. The only condition for having everlasting life is faith in Jesus. No works are required. If that isn’t made plain, we haven’t presented the gospel clearly.

Third, in order to present the gospel clearly we need to tell someone that Jesus guarantees that believers are eternally secure (they shall never perish). “Once saved always saved” is the gospel promise to the believer, not something extra added to it. And it’s easy to see why. After all, how do people think they can lose everlasting life? Most people do. They always point to a list of works that must be done to keep everlasting life. They’ll say you can lose your salvation by not getting baptized, by not taking the sacraments, by committing a major sin or by persisting in minor ones, or by losing one’s faith. In other words, people think they can lose everlasting life because they think they need to keep it by doing good works and avoiding bad works. It is no accident that most denominations that reject eternal security teach salvation by works. The two go hand in hand. Which is why when presenting the gospel, we need to explain that Jesus promised that believers will never perish (John 3:16).

So there we have it. Tell someone about Jesus. Tell them that He promises eternal life. Tell them the only condition to have the gift of eternal life is faith in Jesus, and that once we believe we have everlasting life. We don’t need to be professional evangelists to explain that. It’s simple enough for anyone to do it. It’s a clear message. Even a child can understand it, believe it, and be eternally saved. Now that we know how to present the gospel clearly, let’s think about how we might present it unclearly? Here are some popular evangelistic techniques that Free Grace Baptists think do more harm than good. 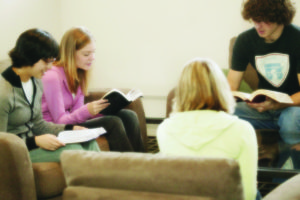 Ask Jesus into Your Heart

I can’t tell you how many times I’ve told people to ask Jesus into their hearts to be saved. I meant well. But it’s also one of the most confusing ways to present the gospel to someone. Why?

Telling someone they have to ask Jesus into their hearts to be saved is confusing for all those reasons. But here’s another.

If you tell people that their salvation depends upon accepting Jesus into their hearts, their whole focus will be skewed. Instead of putting their faith in Jesus’ promise, they’ll put their faith in a subjective experience. Instead of basing their assurance on God’s Word, they’ll base it on their own emotions. They’ll begin to wonder what it feels
like to have Jesus in their hearts. On good days, they’ll think Jesus is there. On bad days, they’ll wonder where He’s gone. Some people will never be sure that He ever came into their hearts at all. All will lack Biblical assurance.

The Sinner’s Prayer is a very popular evangelistic tool. It can be useful. It can also be dangerous.

I hope you see the problem.

Somehow, when the cab driver was first evangelized, he got the impression that the Sinner’s Prayer was a magic formula that needed to be repeated in order to be saved.

Is that what you want people to think?

If the Sinner’s Prayer is presented as the condition that one must meet in order to be saved, then it’s not a gospel message. It’s a salvation by works message.

I have seen and heard many Sinner’s Prayers. Very few of them made the gospel promise clear. Few spoke about eternal life, about faith apart from works, or about eternal security.

If you have already presented someone with a clear gospel message, and they believed it, then a Sinner’s Prayer can be a useful tool in directing the new believer’s gratitude and praise to God for the free gift of everlasting life. But saying such a prayer is not a condition for having eternal life, and shouldn’t be presented as such. At best it’s very confusing. At worst, it leads someone to put their trust in something other than the gospel promise.

Publicly confessing Christ is important. One way to do that is to walk to the front of the church during an altar call. It’s a way of telling people that you’re willing to identify with Christ. Publicly confessing Him is something that will be rewarded (Matt 10:32). It also encourages the congregation, and may even serve as a witness to unbelievers about the power of Jesus’ promise.

However, public confession is not a condition to receive everlasting life.

Sometimes preachers will say, “If you want to be saved, you need to make a decision for Jesus right now, and come up to the front, otherwise you may not go to heaven.”

That’s a problem. Jesus never said that walking an aisle was the condition for everlasting life. And making salvation depend upon walking an aisle leaves out the gospel promise. It doesn’t make clear that Jesus wants to give us eternal life. It doesn’t make clear that we are saved by faith in Him apart from works. And it does not tell the person that once we are saved we are always saved. Instead, it makes it seem like you need to do a work (i.e., come up front) in order to be saved.

If the invitation to walk the aisle isn’t preceded by a clear presentation of the message of everlasting life, people might think that walking to the altar is what they must do in order to be saved. That leaves people confused.

The key to winning souls is getting the soul-winning message right. Instead of using non-Biblical terminology and extra-Biblical techniques, Baptists should just stick to preaching the simple message of Scripture, such as is found in John 3:16. We should tell people that by simply believing in Jesus for everlasting life we have that life and are secure forever. That’s the core message in evangelism. We shouldn’t forget it. And we definitely shouldn’t leave it out when presenting the gospel.

If we want to win souls, then stick to the message Jesus Himself used. If we preach an unclear message, we’ll reap confusion. If we present a clear gospel, we’ll reap the harvest.