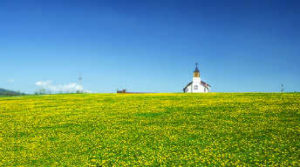 It’s time for someone to say, “The Emperor has no clothes.” That emperor is the church planting movement, and this article is about the failure nobody wants to talk about.

Church planting has been the rage of North American mission work for this generation. Almost every North American mission agency has given priority to church planting in urban and suburban areas. This movement began in the 1980s, probably spurred on by the “success” of Willow Creek in Chicago and Saddleback in California. The ones who pay the bills for this movement are the pew-sitting Christians of solid, traditional churches around the nation and their pastors, who continually (and rightfully) promote generosity to missions.

Personally, I think it is time to quit paying the bills, at least as we’ve been doing it.

The Problem with Church Planting

Church planting has been presented as the cure for all that ails our sick and dying world. New churches, we were told, grow faster than old churches, baptize more people, and are more effective at bringing positive change to hurting communities.

We are also not told that the church planting movement has come at the cost of almost all missionary activity in poor and rural areas. The same mission boards that are starting churches at a feverish pace used to send missionaries to work with Native Americans or poverty-stricken Appalachian communities or ministry in the vast areas of the American west that have a half-days travel between small towns and no missionary presence. These mission boards used to send missionaries to work in community centers in blighted neighborhoods, or to work with Spanish-speaking communities in mountain towns, or to develop spiritual leadership in rural farm communities. These ministries have almost totally disappeared from the mission boards. Mission agencies in America are almost exclusively church-planting agencies.

We’ve been told that existing churches in areas targeting church planting are against starting new churches and ministries. “These churches are filled with old mossback members who are resistant to change. If they were going to do something they would have already done it!” This is what we were told, and we believed it.

And in believing it, we threw an entire generation of faithful believers under the bus. We also fostered an environment in which young church planters have a tremendous animosity toward existing churches. The only thing they want from established churches is cash.

The truth is, established churches have been faithfully serving the Lord in some of the hardest areas of the nation to do ministry. They are in rural areas, urban areas, and suburban areas. They serve poor people, country people, and—might I say—ugly people (the kind that church planters loath because they don’t enhance the sexy image of church planting). My belief (having worked with established churches for 25 years) is that these churches would gladly step out of their comfort zone and establish new ministries, new preaching points, and even new churches if they had access to the multiple millions of dollars made available to church planters.

For example, if my church had a $100,000 grant, (the average contribution to a new church plant is $172,000) we could start at least a half-dozen sustainable preaching points in the mountain villages of Northern New Mexico, in addition to conducting Bible Schools throughout the region. The chances of a denominational missions agency or church planting network starting a church in this spiritually dark region are nil, but if one did invest $172,000, it would be unlikely that a self-sustaining congregation would exist five years from now. But my church (which is representative of thousands of established churches) does its ministry on less than $60,000/year and could start untold ministries if it only had access to the church-planting gold-mine.

The Failure of Church Planting

With billions of dollars spent, denominations and church planting agencies have little to show for the church planting initiatives of the past 25 years. There is anecdotal evidence that is used to show the success of church planting, but the overall record simply will not support the claim. Gathering the statistical evidence to prove my point would be next-to-impossible because the church planting lobby is so strong that real data is not made available. Ask any denominational church planting board or non-denominational planting network for information, and you’ll get nothing but a slick funding brochure. This brochure will tell you, for example, how many churches were started last year. Call the agency and ask for a list of those churches, and you will not be able to get it. The number of church plants is often very specific (972, for instance) but there is no list of 972 names, towns, or locations. To give such a list would enable one to do the simple google searches that show dismal failure.

For example, look at the Strategic Cities Initiative of the SBC. I’ve searched and searched and searched for the success articles (or any follow-up articles at all) on this particular program. The closest I can find is one that mentions that the Strategic Cities Initiative had started 174 churches in six cities over a five-year period.1 The cost of those 174 churches was staggering. And, not knowing which churches these are, it is impossible to know how many of these churches exist today. My best hunch is that less than 25 of these churches exist today.

A further disclaimer, I was involved as the pastor of a funding church for a church in New York. This church plant was part of the New Hope New York funding, which was part of the Strategic Cities Initiative I mentioned above. Our church contributed over $250,000 and the North American Mission Board contributed an additional $250,000. There were also other churches that also put hundreds of thousands into this work over the past 10 years. That church is doing well today and I’m glad I was involved.

But, on the other hand, if every church that runs 200 people, 10 years after plant, and costs in the neighborhood of $750,000 in cash (and over $3 million in the value of a donated church building), then church planting cannot survive. The simple fact is that the church plant that I was involved in was a rare case of exceptional funding and is not an example of what can be done on a sustainable basis. 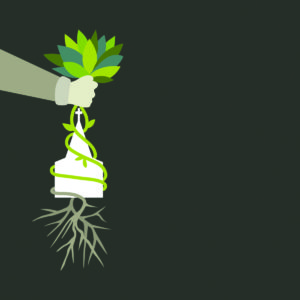 The Best Method of Church Planting

When I was a child, my family was involved in a church plant in Albuquerque, NM. In those days we talked about “mother churches” and “mission churches.” My dad went to be the pastor what was called the “Monterrey Baptist Mission” in 1974. The “mission” had a core group of lay leaders who came out of the Highland Baptist Church in Albuquerque. These lay leaders were having church before they ever had a pastor. They first met in a mobile home park community center, then later met on Sunday afternoons in a neighborhood church of another denomination. A few years earlier, the local Baptist association had purchased some land in a growing area of town and held the land, waiting for a future church. The little group of laymen were having weekly services, midweek prayer, and had organized a leadership base and searched for a pastor, whom they would call to be the “Mission Pastor.” The congregation was not called a church until it was self-sustaining and fully constituted.

This experience is the way churches were started before the 1980s. In short, church planting may have been encouraged by the denomination and even blessed by associations that gathered together to purchase property that would one day have a church, but—make no mistake—churches were planted by churches.

Churches starting churches is the best method of church planting.

Today, church planters start churches. The planter receives the “vision,” calls himself to plant, goes to a funding organization and passes all the tests, then finds other churches to “catch the vision” (i.e., give some money). Then he moves himself, his family, his buddy who plays a guitar, his seminary friend who is awesome, and his three- years of funding, and off they go to the rich-white-fast-growing neighborhood to be obedient to God. Three years later, they are out of money, short on people, and worn out. They move back to their hometown, join a church plant of somebody who had more success and work as the golf pro at the local country club.

But What If There Is No Church to Start a Church?

This is most likely a false dilemma. Almost every community in America has some kind of evangelical church within a 50-mile radius. Furthermore, there are thousands of churches far away that would gladly be a “mother church” given the opportunity to have direct involvement in their “child’s” life.

Church Planting Needs to Be About Church DNA

One of the biggest problems with denominational or network based church planting is that it fails to reproduce the DNA of the parent church. Just a few years ago, I checked the list of one church planting map and found two discoveries.2

First, many of the church plants were not part of the denominational funding mechanism, though they were on the map (and presumably on the list of churches “we” started).

Second, and more disturbing, I found that a website of the new churches quickly proved that 1) these churches didn’t want to be associated with the denomination that claimed to start them, based on a total absence of any network connection on the website, and 2) the statements of faith and the stated or apparent values were not in agreement with the “run of the mill” churches of the denomination. That is, our DNA was not being reproduced. We were giving away the store.

When a church plants a church, the transfer of DNA is almostassured (provided the planting church ignores church planting manuals from the denomination and other networks).

I think there is a need for church planting in the United States, Canada, and Europe. My region needs new churches, and yours probably does too. But I’m convinced that if we think we are going to reach our nation by funding denominational agencies or church planting networks, then wehave simply “drank the kool-aid.” What we need to do is defund the planting organizations and foster an environment in which churches want to plant churches.

Denominations can help by using resources to purchase or otherwise secure land (or just buy up dead liberal churches), then making the land, houses, and buildings available to established churches that will plant other churches without further denominational support.

Randy White is founder and CEO of Dispensational Publishing House, and also serves as pastor of Taos First Baptist Church in NM.