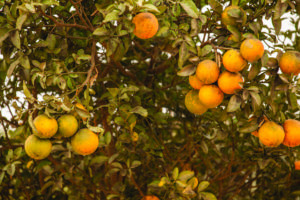 A chapter from Chosen to Serve: Why Election Is for Service, Not for Eternal Life

Do you remember when it was time to give oral presentations in class?

It was always nerve-wracking for me.

When the teacher picked up her list of names and started randomly choosing who would go next, I would begin doing my best to avoid being noticed, but never knew how best to be inconspicuous. Should I stare at the ceiling or look at the ground? Should I look busy going through my notes or look her in the eyes very calmly?

Any which way, it was nerve-wracking.

I wonder how the disciples felt to have been chosen by Jesus.

Was it amazing, humbling, or awesome to have the Son of God come to you, look you in the eyes, point His finger, and say, “Follow Me”?

John’s Gospel records four examples of Jesus’ speaking about choosing people (John 6:70; 13:18; 15:16, 19). Not a single one refers to being individually elected for eternal life or death. Each is an example of Jesus’ choosing someone, usually an apostle, for service.

Did I Not Choose You?

In John 6, Jesus declared that He had chosen the twelve apostles:

This was clearly not an individual election to eternal life, because one of the Twelve—Judas—was a devil, and that’s hardly the kind of language used to describe the regenerate (cf. John 13:10-11, 18). And yet Jesus is affirming that Judas was just as chosen as the others.

Moreover, the Lord chose Judas, knowing that he would betray Him. In his own way, Judas was chosen to serve, too. In this case, to fulfill Scripture. He would betray the Lord just as Ahithophel had once betrayed David and later hanged himself (cf. 2 Sam 16:20–17:3, 23; Ps 41:9).

In John 15, the point is repeated that the apostles were chosen by Jesus for a mission.

“You did not choose Me, but I chose you and appointed you that you should go and bear fruit, and that your fruit should remain, that whatever you ask the Father in My name He may give you” (John 15:16, emphasis added).

Notice that Jesus compares and contrasts His choice of the apostles with their choice of Him. That’s significant because it suggests those choices happened on the same plane, that they’re the same kind of election. As Lenski explains,

The negation, “you did not choose me,” is proof that the affirmation, “I did choose you,” cannot refer to predestination but must refer to the choice of the disciples as the friends whom Jesus selected for himself (middle voice) for the apostleship.1

The apostles, Judas included, obviously did not choose Jesus for eternal life because the Lord doesn’t need it—He is life, the very source of eternal life (John 1:4; 11:25; 14:6). Rather, the apostles accepted the invitation to follow Jesus on His Messianic mission.

So what did Jesus choose the apostles for? Not for eternal life, but to complete a mission in His service.2 As Jesus says, they were chosen to “bear fruit” for Him in preaching the gospel of the kingdom.

Chosen Out of the World

When were the apostles chosen “out of the world”? It wasn’t during a moment before time and space in the predestining mind of God. Rather, it was a this-worldy election, in time, not in eternity past. As Lenski argues, “The context forbids that we think of an act taking place in eternity; this choice occurred when the disciples were drawn to Jesus.”3 When they were drawn to the Lord, they left their mundane vocations behind in order to pursue an evangelical mission.4 As Moulton and Milligan comment, this choice had

“nothing to do with eternal predestination, but only with choosing them out of the world after they were in it. He had ‘appointed’ them, and put them into the position which they were to occupy on their post of duty…This can be nothing else but their going out into the world to take His place, to produce fruit to the glory of the Father, and to return with that fruit to their Father’s house” (emphasis added).5

They were apostles chosen to serve, to bear spiritual fruit,6 and to share the gospel promise as ambassadors for Christ (cf. 2 Cor 5:20). And Jesus warned them that the world would hate them for it. They would represent Christ, and would be rejected for it, because so much of the world hates the light, and loves darkness. So the apostles had to be prepared to suffer for His service. 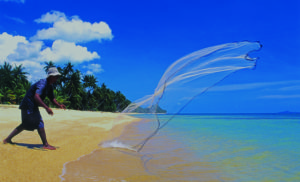 In addition to the verses above, John 6 contains some sayings of Jesus that have been interpreted to teach individual election to eternal life.

If you’ll recall, a large crowd had followed Jesus, and He miraculously fed them with a little boy’s humble lunch. After that sign, they continued to follow Him, though, perhaps, not for the right reason:

Jesus answered them and said, “Truly, truly, I say to you, you seek Me, not because you saw signs, but because you ate of the loaves and were filled (John 6:26).

Given the thousands of people who were seeking Him, Jesus said:

“No one can come to Me unless the Father who sent Me draws him; and I will raise him up on the last day” (John 6:44).

The problem with taking this verse as teaching that God only elects some individuals to eternal life, is that John’s Gospel makes very clear that God is drawing all men to Jesus.

So while it is true that “no one can come” to Jesus without the Father’s drawing, it is also true that “all men” are drawn. No exceptions. In other words, Jesus is teaching that God is the One Who always takes the initiative in salvation. You might have thought that God was silently waiting for you to find Him of your own accord, but the truth is God was drawing you long before it ever occurred to you to start looking.

However, that drawing is resistible. Just because everyone is drawn does not guarantee that everyone will actually believe in Jesus for everlasting life. Jesus tells us in no uncertain terms that some people do not believe, not because God has not drawn them, but because they were unwilling to come.

In sum, John 6:44 does not teach individual election to eternal life. Rather, Jesus is teaching that before you came to faith in Jesus, God was already drawing you and all men to His Son. But that drawing is resistible. Those who do not finally come to faith in Jesus have no one to blame but themselves.

All That the Father Gives

If Christ’s drawing is resistible, why, then, does Jesus also say in John 6, “All that the Father gives Me will come to Me”? In that case, the giving seems irresistible and unconditional. And it is. But this is not about individual election to eternal life. To see why, consider the whole passage.

“All that the Father gives Me will come to Me, and the one who comes to Me I will certainly not cast out. For I have come down from heaven, not to do My own will, but the will of Him who sent Me. This is the will of Him who sent Me, that of all that He has given Me I lose nothing, but raise it up on the last day. For this is the will of My Father, that everyone who beholds the Son and believes in Him will have eternal life, and I Myself will raise him up on the last day” (John 6:37-40, emphasis added).

Notice that I emphasized the pronouns. In his article, “Is John 6:37-40 ‘Frankly Predestinarian?’”8 Randy White points out there is a grammatical difference between the neuter pronoun that (ho) and the masculine pronoun who. John correctly and consistently uses that to refer to things, and who and whom to refer to people. Hence, White believes the switch in gender, from neuter to masculine, is deliberate, and essential to properly understanding the passage.

So what do the respective pronouns refer to? White argues that refers to the nation of Israel, whereas who refers to individual believers.

Remember the individual/corporate pattern in election we explored in chapter 3? [See Chosen to Serve, forthcoming.] We saw that God can unconditionally elect a corporate body, but an individual’s participation in that body can be conditional. That same dynamic is at play in this passage. As White says,

Jesus is teaching something both about the national inheritance He has in Israel and something about the individual in the crowd who would not reject Him but come in faith then and there.9

However, individual participation in Israel depends upon a person’s faith. The masculine who refers to those believers.

When Jesus said, “All that the Father gives Me will come to Me,” He was speaking about Israel and saying that He will receive Israel as His unconditional inheritance as Messiah.

When Jesus went on to say, “and the one who comes to Me I will certainly not cast out,” He was speaking about individuals coming to believe in Him. If they did, they would be born again, and eternally secure, from the moment of faith. As White summarizes:

even though the nation (God’s inheritance) was rejecting Jesus, that nation would not be lost. Rather, Christ would “raise it up on the last day.” As Paul says, in the end “all Israel will be saved” (Rom 11:26). But what of the individual in Christ’s day who believes? Is this individual going down with the nation? Jesus gives great assurance to that individual also that the one who sees Jesus and believes, “I will not cast out.”10

When Jesus spoke of choosing people in the Gospel of John, it was in reference to an evangelistic mission, and a vocation to serve.

Even Judas was chosen to serve, if only in the sense that his betrayal was used by God to bring Jesus to the cross.

John’s Gospel never speaks of individuals being chosen from all eternity for eternal life or death. As Forster and Marston summarized,

All too often “election” has been viewed as an irresistible ticket to blessing, rather than as the bestowal of an office. Thus, for example, the words “You have not chosen me but I have chosen you” have been made into the assertion about God selecting who should be saved. This is unjustifiable, for the whole passage is addressed specifically to the apostles. The choice Jesus mentions is linked specifically to their “appointment,” i.e., to apostolic office.11

Shawn Lazar is Director of Publications for Grace Evangelical Society. Look for his new book, Chosen to Serve: Why Election is for Service, Not for Eternal Life, available soon.

6. John F. Parkinson, The Faith of God’s Elect: A Comparison Between the Election of Scripture and the Election of Theology (Glasgow: Gospel Tract Publishers, 2007), 77.

What Are Some Good Bible Study Tools?

If you need extra help understanding Bible passages, what are some useful Bible Study commentaries, concordances, etc. to use? Bob and Shawn discuss some of...
August 7, 2020

The most important issue in this life is one’s eternal destiny. Whether we gain everlasting life and spend eternity with the Lord is of eternal...