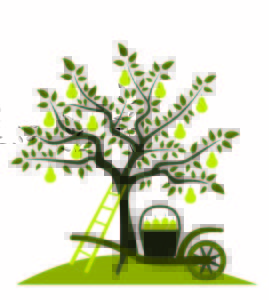 By Bob Wilkin and Zane Hodges

Question: Doesn’t Matthew 7:15-20 teach that all believers will inevitably have some good fruit in their lives? Does the evidence of good works in a person’s life prove they are saved?

These verses are the first verses of the conclusion of the Sermon on the Mount. Immediately preceding them is our Lord’s summary of the body of the Sermon, “Therefore whatever you want men to do to you, do also to them, for this is the Law and the Prophets” (Matt 7:12). In the conclusion He is saying, “Be careful that you get started in the right place. Be careful that you go through the gate that leads to life and not the gate that leads to destruction.” So, in terms of the larger audience, both the general audience and the disciples, He wants them to be sure that their starting point is the correct one.

This leads immediately into Matt 7:15-20 which deals with the question of false prophets. One of the problems that people have in finding the correct gate is that there are people who lead them to the wrong gate. There are people who profess prophetic ability or profess to be sent by God but lead people astray. Wanting His followers to avoid such false prophets, Christ explains how they can be identified: They are known by their fruits.

What would be the real test of a false prophet? It is the message that he brings. A false prophet is uncovered, not by his works, but by his words. That this is the correct interpretation of our Lord’s warning is confirmed in Matt 12:33-37. In that passage Jesus once again uses the imagery of a tree being known by its fruit and says that in the Day of Judgment people will be judged by their words. He is saying that fruit is the product of the inner life. The fruits are the words that are produced. This fits entirely with the idea of false prophets.

The only way we can determine whether prophets are good or corrupt inside is by the message they bring. If they bring a message contrary to what Jesus taught, they are false prophets.

BW: There is another puzzling part of this paragraph. Jesus went on to ask, “Do men gather grapes from thornbushes or figs from thistles?” He then said, “Even so, every good tree bears good fruit, but a bad tree bears bad fruit. A good tree cannot bear bad fruit, nor can a bad tree bear good fruit.” The way a lot of people understand this reference is that believers are good trees and therefore believers can only bear good fruit. Logically that would mean sinless perfection, because if a person is a believer then they are a good tree and a good tree can only produce good fruit. If they produce any bad fruit, where did it come from?

Similarly, many think that Jesus is saying that unbelievers are bad trees. Therefore unbelievers can only produce bad fruit. But that would mean that not only is the image of God marred in unbelievers, but it must also be totally extinct in them because (according to this view) unbelievers do nothing whatsoever that is good.

ZH: The way you have expressed this only shows the quicksand into which the false interpretation of this passage quickly slides. If we keep in mind that Christ is talking about false prophets rather than true prophets, we don’t have any of the problems you have articulated.

A person who professes to be a prophet is either a rotten tree or a good tree. He is either a false prophet or a true prophet.

If he is a rotten tree he is a false prophet, and so he is not going to produce a good message. There is no way he’s going to be able to produce it because the rotten tree does not produce anything but rotten fruit.

BW: But this passage isn’t saying that good Christian teachers infallibly teach the Bible. This is specifically looking at the prophetic gift, isn’t it?

This doesn’t refer to Christian teachers because their teaching may be flawed by misinterpretations of Scripture. This passage is talking about prophets of old who either brought a message that had been revealed to them by God, and that always was a true message, or they brought a message that God hadn’t given to them, and that always was a false one.

BW: Finally, in v 19 Jesus says, “Every tree that does not bear good fruit is cut down and thrown into the fire.” Many people think this is referring to hell. Is it?

ZH: This means that God is going to judge the false prophet. We often have a knee-jerk reaction to the symbolism of fire in Scripture thinking it always refers to hell. But it most often refers to judgment. In a general way we would say the fire of God’s judgment is waiting for these people. Of course, if a man who claims to be a prophet of God is unsaved, then ultimately he will wind up in the fire of hell. The following verses, Matt 7:21-23, have something to say about that.

Bob Wilkin is the Executive Director of Grace Evangelical Society. Zane Hodges taught NT Greek at Dallas Seminary and went to be with the Lord in 2008. This is an excerpt from the forthcoming book, Tough Texts.