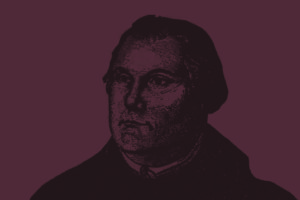 What did Habakkuk mean? Did Paul quote Habakkuk out of context?

Traditionally, many Evangelicals have followed Martin Luther’s interpretation. Luther argued that Paul was right to quote Habakkuk because he thought both the apostle and the prophet were speaking about the same subject: forensic justification by faith apart from works.

However, many modern scholars now disagree. They claim Habakkuk was not speaking about justification at all, so Paul was wrong to take him that way.

What do we do with Luther’s legacy? Was he right or wrong? Three possibilities exist:

• Luther was right, and Habakkuk’s topic was justification by faith.

• Luther was wrong, and Paul incorrectly assumed that the prophet spoke of justification by faith.

• Luther was close, and Paul made an appropriate application of Habakkuk.

Which of the three views is correct?

I believe Luther was close, but not quite right. The key is to understand the phrase shall live. Many interpreters view this as almost a throw-away expression, rather than being crucial to the passage. What does it mean to live? What kind of living is in view?

When Habakkuk prophesied that certain people would live, he was not talking about eternal life, but physical life.

More specifically, the contextual meaning is that a remnant would live in the sense of being protected from premature death during the coming Babylonian invasion. Many Jews were going to die. But Habakkuk prophesied that an extension of physical life would be granted to a believing remnant (the ones who are righteous-by-faith), even in the face of the onslaught.

So Luther was close. He correctly saw that Habakkuk was speaking about believers (i.e., the justified). However, Luther misunderstood the contextual meaning of shall live. Since he held to Replacement Theology, Luther wrote off Israel and could not imagine Habakkuk predicting the survival of a believing remnant of Judah. Hence, he came close to the correct interpretation, but finally did not fully understand either Habakkuk or Paul.

This is what Paul meant: those who have been justified by faith can and should live. That is, they should live righteously in their experience.

In his commentary Romans: Deliverance from Wrath, Zane Hodges put it this way:

The righteous man, therefore, is the one who can live in precisely the sense Paul elaborates in Romans 6–8. In fact, he states, “if by the Spirit you put to death the deeds of the body, you will live” (Rom 8:13). Life in the truly Christian sense of that term can only be “lived” by the one who is righteous by faith! (pp. 37-38).

Thus, contrary to modern critics, Paul did not misuse Hab 2:4. His interpretation was perfectly consistent with that of the prophet.

It is key to see that the words shall live do not refer to regeneration, but to living, just as in Rom 8:13. Why wouldn’t the theme verses of Romans anticipate both of the book’s sections? The words “the just by faith” point to the topic of justification (3:21–5:11), while “shall live” anticipates the sanctification section (5:12–8:39: Those who Are Righteous by Faith Can Live Victoriously).

Just as the justified remnant could be blessed and survive the Babylonian invasion if they stayed true to their God in Habakkuk’s day, so, too, modern believers can be blessed and have fullness of life if we walk by the Spirit.

The principle is the same in each case: when believers put their faith into practice, they can really live!

John Niemelä is President of Message of Life Ministries.