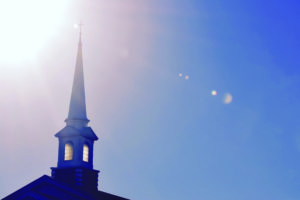 Christian fundamentalism started a century ago. Bible teachers and pastors organized to resist the onset of liberalism in the denominations. They defended the fundamental doctrines of Biblical Christianity, such as the inerrancy of Scripture, the virgin birth, and the literal resurrection of Christ.

Over time, a split began to occur between evangelicals and fundamentalists.

Fundamentalism gained a bad reputation as narrow-minded and anti-intellectual. This reputation only became worse as the secular media adopted the term “fundamentalism” to identify Islamic terrorism. Suddenly, the independent Baptist church down the street became conceptually on par with criminals who bombed embassies, planes, and street markets.

In the last few decades, evangelicalism seems to have become less conservative and more permissive, both doctrinally and socially. For example, many evangelicals now hold to a limited view of inerrancy and reject Biblical sexual norms.

That downward trend has alarmed many of us who consider ourselves evangelical. We have taken to identifying as “conservative” evangelicals, because conservatism is no longer implied.

Consequently, I have had several conversations with people who have wondered if the term “fundamentalism” needs to be rehabilitated or reclaimed.

Dr. Randy White shares many of these same concerns and recently wrote a booklet on this subject. He was kind enough to agree to an interview for this magazine.

Having been a pastor of some relatively large churches in Texas, I moved three years ago to the little tourist village of Taos, NM. I moved here to focus my time on studying the Word and teaching it online (via www.RandyWhiteMinistries.org) and publishing thoroughly Biblical resources (via www.DispensationalPublishing.org, a company I started when I moved to Taos). I also serve as the bi-vocational pastor of the Taos First Baptist Church.

However, the more I studied the Word of God, the more I became convinced that Baptist denominational life was flawed in essence and theologically left-leaning (though they would never admit it and scarcely recognize it).

SL: What led you out of evangelicalism?

RW: For most of my life, I did not even know there was anything but evangelicalism.

I knew I wasn’t Catholic, and I knew the mainline Protestant denominations had all but rejected Biblical Christianity.

All I knew of fundamentalists were that they were angry and didn’t allow ladies to wear pants.

One of the most life-changing studies I ever did was an extensive study of the kingdom of God. The more I began to understand the kingdom, the more I understood the motivations behind much of evangelical thinking, especially that which related to the growing social justice emphasis.

SL: So you began to realize that evangelicals were working with a particular concept of the kingdom?

RW: Yes. I realized that “building the kingdom” was almost the definition of evangelicalism.

I also realized that, Biblically, I cannot build, advance, or strengthen the kingdom in any way because the kingdom of God is future and physical and related to the nation of Israel, not the church.

With this new understanding of the kingdom, I realized that evangelicalism, Protestantism, and Catholicism all had the same foundational flaw: believing that we are somehow in the kingdom of God today. With this “in the kingdom” thinking, they all build a missional outlook based on kingdom building.

In the kingdom, for example, you have total economic, social, and physical “justice” (a word I only use because it is the word of the day). If this justice is present in the kingdom, and we are in the kingdom now, then Christians must join together to advance kingdom justice.

This is the fuel beneath the social justice and the ecumenical movements in evangelicalism.

Consequently, I began to see that evangelicalism had a worldview that was fundamentally different from my own.

SL: What led you into fundamentalism?

I was daily becoming more uncomfortable with the mixture of law and grace that was standard fare in evangelicalism.

I was becoming increasingly aware of the emotionalism, manipulation, and pop-psychology that so many around me were saying was “a move of the Spirit” or a “God-anointed sermon.”

As I joked earlier, I really didn’t know any real fundamentalists. I only knew characterizations and stereotypes of fundamentalists. You know, the suit, tie, and large KJV Bible, along with a scowl and a sermon against alcoholic beverages.

At the time my journey was beginning, I had a radio program over 400 stations (I have since moved to internet-only broadcasts). I began to notice that it was fundamentalists who were writing, calling, and thanking me.

I “accidently” began to realize that I was quickly becoming a fundamentalist.

The Issue of Legalism

SL: Aren’t most fundamentalists legalists? Are you?

RW: Some are, I’m sure. I just haven’t met them yet. The fundamentalists I know smile at least twice a week. They wear shorts when it is hot. Some even listen to country music!

I know that the stereotype of fundamentalism is legalism. Almost all stereotypes have some basis in reality somewhere down the line, so I wouldn’t deny legalism in the fundamental family altogether. All I know is that legalism hasn’t been my experience.

I am a Dispensationalist, and I don’t see how legalism of any kind is compatible with rightly dividing the Word of truth. Legalism is built on a flawed understanding of the purpose and place of the Law. Legalism believes that a right standing with God comes from righteous living. I reject those views.

Incidentally, the Puritans (who are not considered fundamentalists) were very legalistic. Puritan legalism (and its modern Calvinist counterpart) is drawn from a failure to divide the dispensation of Grace from that of the Law.

As for me, I hold to a Free Grace position both for salvation and for sanctification. We are complete in Christ, not because of anything that we have done, but by God’s grace alone.

SL: What are the key issues we can learn from fundamentalism?

This is why Christian fundamentalism (whether of the Baptist, Bible, or any variety) is where you will most often find exegetical, verse-by-verse Bible teaching.

We can learn that cultural conformity is not necessary for church growth or health. Fundamentalist churches have not chased every church-growth fad. They don’t have the emotional need for the latest “Christian” music. They do not get any self-validation from having the most recent cool-kid preacher come preach in their conferences. Fundamentalist churches tend to be like the church you grew up in. They sing a few songs,they give a few announcements, and they preach a long sermon (Amen!).

SL: What are some key areas where fundamentalism can change for the better?

RW: My recent booklet, Why I Am a Fundamentalist…and You Should be Too, explains that fundamentalism needs to better distinguish and define itself. I am convinced that evangelicalism is imploding, and many evangelicals are about to take the same journey I have been on. These evangelicals need to know there is a place to call home.

In order to clarify the distinction between the two traditions, I am calling for fundamentalism to add four more fundamentals to the list.

SL: What are the four additions?

RW: First, fundamentalists need to strengthen their ability to explain why they reject the ecumenical movement. Evangelicals do not understand a rejection of ecumenicism, but they can be convinced if it is explained well.

Third, fundamentalists need to better articulate their understanding that the local church is the only church. Evangelical churches have bought into the universal church concept, even though it has little (if any) Biblical support. Fundamentalists are strongly local in their ecclesiology, so much so that the word independent is often in their church name. Evangelicals will not understand this and may need some clear guidance.

SL: Who are some fundamentalist authors you recommend?

RW: Randy White is a good one!

Though the reading is difficult, I would encourage people to look through The Fundamentals, a set of articles, written beginning in 1910, that really gave birth to fundamentalism. Fundamentalism itself was a response to religious liberalism that came up with the German Rationalism movement started by Julius Wellhausen in the last quarter of the 19th century. The fundamentalist-vs-modernist debates really did shape the worldview of our nation in many ways.

Most of the reading I do is by men who lived prior to fundamentalism as a movement.

But there are more modern fundamentalists such as J. Vernon McGee, whose Thru the Bible series is great.

W.A. Criswell’s Why I Preach That the Bible is Literally True is a classic.

The Treasury of Scripture Knowledge, compiled by R.A. Torrey, is a “must-have” Bible study resource.

And I am hoping there will be a host of new Free Grace fundamentalist writers who are published through Dispensational Publishing House in the years to come.

Shawn Lazar is the Editor of Grace in Focus magazine. He is the pastor of Gateway Baptist’s Faith Fellowship in Denton, TX. He’s beginning to wonder if he’s a fundamentalist.