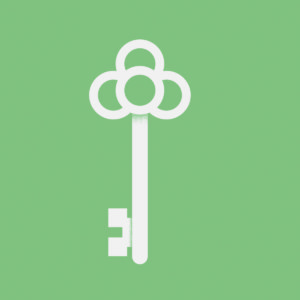 What does it mean to be assured of my salvation?” That’s a question I often get asked. People want to have assurance, but they’re often confused about it. What is assurance? How can you have it? What is it based on? And is there a difference between genuine and false assurance? If so, what?

These are all important questions that require clear thinking. I find it helpful to think about assurance in terms of a simple syllogism.

Assurance Is a Belief

To begin, assurance of salvation is not a feeling, emotion, or experience, but a belief. Specifically, it is the belief that, “I have everlasting life.”

If you are persuaded that you have everlasting life, then you have assurance. That’s what it is. That’s all it is.

Of course, you don’t need to believe those exact words to have assurance. Instead, you could believe, “I will go to heaven when I die,” or “I will spend forever with God,” or “I am saved” or the equivalent. If you believed any of those propositions, you would be assured of your salvation.

The big question is, how do you reach the conclusion that you have everlasting life? What is it based on?

That’s where the syllogism comes in.

Do you remember studying simple logic in high school? The first thing you might have learned was the deductive syllogism. Here’s a classic example:

All men are mortal.

Socrates is a man.

You take one premise (e.g., “All men are mortal”), add a second (e.g., “Socrates is a man”), and then draw the necessary conclusion (e.g., “Socrates is mortal”). It’s the simplest form of logical thinking, the kind we use every day, often without realizing it.

You can think about assurance as a deductive syllogism where the conclusion is, “Therefore, I have everlasting life.” But what are the premises that conclusion is based on?

When it comes to assurance, Calvinist and Arminian theologians teach the so-called practical syllogism. Their syllogism is “practical” because it bases assurance on your practical behavior.

Here’s how it works.

The first premise of the practical syllogism is some standard of behavior that regenerate people are expected to live up to.

The second premise comes from observing your behavior to see if you have met the standard.

You then draw the appropriate conclusion based on those premises. Usually they look for negative behavior. For example,

Regenerate people do not commit adultery.

Therefore, I am not regenerate.

The problem is, there are usually many different standards of being regenerate, and even if you live up to one, chances are you’ll fail in another. You might not commit adultery, but do you get angry, jealous, doubtful, envious, or covetous?

How do you know if you’re really regenerate with such mixed results?

And what’s worse, even if you meet a standard now, there’s no guarantee you will in the future. You don’t know what the future holds. You might end up committing adultery. In which case, that would prove you weren’t really regenerate to begin with.

In other words, the practical syllogism is never grounds for assurance of salvation. If anything, it is grounds for doubting your salvation.

By contrast, consider what I’m calling the assurance syllogism. It’s based on faith in Jesus’ promise, not on observing our standards of behavior. We can see it at work in John 11:25-27, where Jesus spoke to Martha about the message of life.

Jesus said to her, “I am the resurrection and the life. He who believes in Me, though he may die, he shall live. And whoever lives and believes in Me shall never die. Do you believe this?” She said to Him, “Yes, Lord, I believe that You are the Christ, the Son of God, who is to come into the world.”

Throughout the Gospel of John, Jesus had several ways of presenting the promise of life. In this case He told Martha that whoever believes in Him “will never die.”

Let’s take that promise as the first premise in our syllogism.

Next, Jesus asked Martha a simple question—“Do you believe this?” This is the question everyone must answer when presented with Jesus’ message of life. Do you believe it?

Let’s consider each one in turn.

Let’s imagine that Martha answered, “I don’t believe.” What conclusion would she come to?

Therefore, I don’t have everlasting life.

Many people have that same problem today. They lack assurance because while they may believe different facts about Jesus, they don’t believe in His promise of life.

Of course, Martha could have answered, “I don’t know if I believe.” That would have led her to this conclusion:

I don’t know if I believe.

Therefore, I don’t know if I have everlasting life.

Of course, if you don’t know you have everlasting life, then you lack assurance.

(And notice that whether you disbelieve or doubt Jesus’ promise the result is the same—no assurance).

But what did Martha actually answer? “Yes, Lord, I believe.” She believed what He said! She had faith in Him. She believed Jesus was the Messiah who would guarantee her everlasting life simply by believing in Him for it. As soon as Martha gave that answer, she could conclude:

Therefore, I have everlasting life.

By believing that by believing in Jesus she would never die, Martha would have been assured of her salvation. She would be sure she’d never die.

That’s the assurance syllogism in a nutshell.

Unlike the practical syllogism it is based on faith in Jesus’ promise, not on our works.

If you believe Jesus’ promise, you should reach the same conclusion, and be sure of your salvation.

The Essence of Saving Faith

If you’re not sure of your salvation, but claim to believe in Jesus’ promise, maybe you don’t really understand what Jesus said.

The Lord promised that everlasting life is the present possession of believers. “He who believes has everlasting life,” the Lord said (John 6:47, emphasis added). Has. That’s present tense.

So, if you consider yourself a believer, and you know that Jesus gives everlasting life as a present possession to believers, what do you have?

If you believe Jesus’ promise, you know you have everlasting life right now, as a present possession, because that’s what you’re believing in Him for.

In other words, you cannot believe Jesus’ promise without being sure of your salvation.

Assurance is of the essence of saving faith.

Likewise, with assurance of salvation. If you believe Jesus, you’ll be sure. If you don’t, you won’t.

Now, if Jesus had promised that believers could only have the possibility of gaining everlasting life sometime in the future, then lack of assurance would be built into His promise. You could hope you’d be saved, but you couldn’t be sure of it. Given that kind of promise, assurance wouldn’t be the essence of saving faith.

Of course, not everyone who believes “I have everlasting life” actually has it. There is such a thing as false assurance. There are many people—millions and billions—who think they are going to spend eternity with God, but who aren’t born again.

So what’s the difference between genuine assurance and false assurance?

First, false assurance can come from believing in a false god. So, for example, a Muslim might reason like this:

Allah will save those who die in jihad.

I will die in jihad.

Therefore, I will be saved.

A Muslim who believes that may have assurance of salvation, but it would be false assurance because Allah does not exist and no one will be saved by murdering people.

Second, false assurance can come from believing a false gospel. For example:

God will save everyone who is baptized as a child.

I was baptized as a child.

Therefore, I will be saved.

People who believe in salvation by works often have assurance of salvation, but it is false assurance because no one is saved on the basis of works (Rom 3:20; Gal 2:16).

Third, false assurance can be based on mystical experiences. For example:

Whoever has felt a burning in the bosom is saved.

I felt a burning in my bosom.

Therefore, I am saved.

If someone’s assurance is based on a mystical experience, it would be false assurance, because the Bible does not base assurance on fleeting experiences and emotions.

In order for a conclusion to be true, the premises must be true. In the case of assurance, the only genuine basis to conclude that you have everlasting life, is to believe in Jesus’ promise.

If you’re doubting your salvation, it’s probably because you don’t understand Jesus’ promise, or you don’t believe it. In which case, I suggest you read over the promise of life and think of it as a simple syllogism.

Jesus promised everlasting life as a present possession to believers. If you believe that, then what do you have right now?