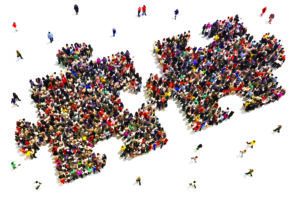 In his letter to the Ephesians, does Paul say that you or I are predestined to be adopted as God’s sons and to obtain an inheritance in the kingdom?

Let’s use exegesis to define the words and terms in Eph 1:1–3:6 and try to understand Paul’s argument using only the letter itself.

When Paul speaks of people being predestined, whom is he talking about?

Look at the Pronouns

Paul, an apostle of Christ Jesus by the will of God, To the saints who are at Ephesus and are faithful in Christ Jesus: Grace to you and peace from God our Father and the Lord Jesus Christ (Eph 1:1-2, NASB, emphasis added).

“You” refers to Paul’s audience. He’s writing to the believers in Ephesus. That may be important.

Blessed be the God and Father of our Lord Jesus Christ, who has blessed us with every spiritual blessing in the heavenly places in Christ, just as He chose us in Him before the foundation of the world, that we would be holy and blameless before Him. In love He predestined us to adoption as sons and daughters through Jesus Christ to Himself…He made known to us the mystery of His will… (Eph 1:3-5, 9, emphasis added).

I always assumed Paul included the audience when using the pronouns in bold. But did he? Let’s keep reading and see how that develops.

In Him, you also, after listening to the message of truth, the gospel of your salvation—having also believed, you were sealed in Him with the Holy Spirit of the promise… (Eph 1:13, emphasis added).

These comments are directed at Paul’s audience, and he seems to differentiate and separate his audience from the “us” and the “we” that he spoke of in 1:3-5.

Skipping ahead, we find:

And you were dead in your offenses and sins, in which you previously walked…Among them we too all previously lived in the lusts of our flesh, indulging the desires of the flesh and of the mind, and were by nature children of wrath, just as the rest (Eph 2:1-3, emphasis added).

Paul begins by addressing his audience (“you”), but then he transitions into referring to a group (“we,” including himself) that is different from the audience:

Therefore remember that previously you, the Gentiles in the flesh… (Eph 2:11, emphasis added).

Here, Paul says specifically, “you, the Gentiles,” referring to his immediate audience, and likely to all Gentiles generically. Looking ahead, we see that Paul gives us more valuable information:

For this reason I, Paul, the prisoner of Christ Jesus for the sake of you Gentiles…that by revelation there was made known to me the mystery…of Christ, which in other generations was not made known to mankind, as it has now been revealed to His holy apostles and prophets… (Eph 3:1, 3, 5, emphasis added).

This reveals that the mystery made known to the “us” in 1:9 includes Paul, the apostles, and the prophets, and it likely refers to the Jews generically.

Is that the key?

Try going back and begin reading Ephesians with “you” meaning “Gentiles” and “we” meaning “Jews.” That distinction could clear up a lot of misunderstandings about predestination in Ephesians. Namely, in the first three chapters of Ephesians, Paul refers not to individuals but two people groups.

Furthermore, during the overarching discussion from 2:11–3:12, Paul dives into the mystery he mentioned in 1:9, and which has “now” (when he wrote it) been revealed to the then-current generation of Jews and Gentiles:

…that the Gentiles are fellow heirs and fellow members of the body, and fellow partakers of the promise in Christ Jesus through the gospel…(Eph 3:6).

Could it be that God chose the Jews and predestined them to adoption as sons?

And does that fact lead into the discussion that the Gentiles were once separated from Christ, excluded from Israel, and without God in the world, but are now included?

In summary, it seems that the words we sought to define by using Ephesians itself are that “us,” “we” and “predestined” refer to the Jews, who are distinguished from the “you” and “your,” which refer to the Gentiles.

So, it appears the answer to the opening question—i.e., does Paul say that you or I are predestined to be adopted as God’s sons and to obtain an inheritance in the kingdom?—is “no.” In the first three chapters of Ephesians, Paul’s purpose isn’t to address the predestination of individuals in the kingdom, but instead to explain the mystery of the Jews and the Gentiles being combined into
one during the church age, with both having equal access to the Father.

By doing this, not only does Paul promote unity between Jews and Gentiles within the early church, but he also encourages his Gentile audience—both then and now—with this new, church-age revelation that God Himself elevated your status!

Therefore I, the prisoner of the Lord, urge you to walk in a manner worthy of the calling with which you have been called… (Eph 4:1).

In 1987, Cal Staggers became a believer through Bob Bryant’s teaching ministry at Cypress Valley Bible Church in Marshall, TX. He and his wife Becky attend a beach church in Naples, FL.