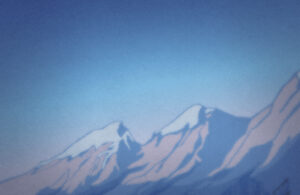 Twenty-eight years ago, when I was 46 years old, I had set my sights on climbing Mount Everest. My plan was to accomplish that feat in the following years with a group of other climbers.

While it was a lofty goal, there were reasons why I thought it was an attainable one. I had just completed climbing to the top of Mount Kilimanjaro in Africa. While there, I even did 30 jumping jacks to prove, among other things, that it is possible to breathe at a height of over 19,000 feet. I hadn’t performed a jumping jack since my high school days and hadn’t planned on doing one on top of that mountain, but my emotions overcame me as I stood there gazing at the clouds below me.

The prospect of climbing Mount Everest was now more exciting than ever.

I knew that if I was going to climb the highest mountain in the world, I still needed some more practice. Our climbing team set our eyes on Mount McKinley in Alaska. That would be another stepping stone to reach the ultimate goal of Everest.

At that time, I owned a computer store. We were experiencing some financial issues with the store and there were certainly costs associated with climbing McKinley. In addition, I could not take time off to train for and then accomplish the climb. On top of all that, I had sustained some foot injuries while playing basketball. As you might guess, feet play more than a small role in climbing the world’s tallest mountains.

I agonized over the decision, but it was clear that I could not go to Alaska. It would almost certainly mean that I would not be able to climb Everest either. I was disappointed but realized that reaching the top of Everest was not as important as other things happening in my life.

The wisdom of that decision was borne out. The team that I was scheduled to climb McKinley with attempted to scale it but was not able to reach the top. They made it to a camp at 17,000 feet but were forced to stop because of weather. While there, they waited for more than a week for the snowstorms to abate so that they could complete the climb. It was all in vain. They were not able to do so.

Obviously, I felt bad for them. However, I was very glad I had made the decision not to put my health and the financial well-being of my business at risk for an attempt at that endeavor. I would have really regretted that decision while walking back down the side of McKinley!

The wisdom of that decision came into even more focus the next year. The team that I had been assigned to climb Mount McKinley with did indeed travel to Nepal to climb Mount Everest. I was no longer a part of that team, so of course I did not travel with them. I did have a greater joy, however, and it certainly eased the disappointment. As the team travelled to Nepal, I married my wife, Dori.

Two months later, I heard devastating news. The team had indeed made it to the top of the tallest mountain in the world. It was such a great accomplishment. Many of them, however, died while returning to the bottom. This included Scott Fisher, the leader of the team, who was America’s most accomplished mountain climber. If it could have happened to him, it could certainly have happened to me.

Documentaries were made about that trip and what happened. Those old enough to remember may recall the news. Obviously, I was glad I had not made that trip with them.

It has been 26 years since that terrible day on the descent from Everest. Through those years, I still have wondered what it would have been like to look down from that peak. It must be quite the thrill.

At the same time, however, I have come to realize that there are higher mountains to climb, and greater mountaintop experiences than what one can find on Kilimanjaro, McKinley, or even Everest.

Those experiences involve serving the Lord. After a person believes in Jesus Christ for eternal life, he becomes a child of God forever. That life can never be lost. But there is even more. The believer can now walk in fellowship with the Lord and can be a part of what He is doing in the world.

In my case, I became involved in prison ministry around 18 years ago. During those years, as I saw many men come to faith and grow in that faith, I have had numerous thrills. To be honest, nothing this world has to offer compares to these kinds of blessings. How could I even compare the sight of looking down on the clouds from the top of Kilimanjaro with the sight of what the Spirit of God was doing in the lives of those men?

If I could compare such experiences to climbing a mountain, I would say that on those mountaintops, Mount Everest seems like a small hill. The top of that earthly mountain is very far below.

WE CAN ALL CLIMB TALL MOUNTAINS

For various reasons, I was not able to be a part of the team that climbed Everest in 1996. Few people ever get that opportunity. It takes a great deal of effort as well as a commitment of time and resources to engage in something like that.

But every believer in Jesus Christ has the privilege of climbing much higher mountains in His power and grace. Physical problems or a lack of financial resources can prevent a mountain climber in this world from reaching his goal, but it is not that way with serving the Lord and climbing on His team. We can be His hands, feet, and voice in the world in which we live. Such work will take us to unbelievable heights.

How thrilling it is to see Him not only in our lives, but in the lives of fellow believers around us! We live in a fallen world, but in Him we can look down from the heights He takes us to. Such thrills can be an ongoing experience for the disciple of Christ, as He teaches us more and more and reveals more of Himself to us in His Word. We can climb a lot of mountains with Him.

Every believer will be in the kingdom of God. As we wait for that day, however, let us have the wisdom to climb with Him to whatever heights He takes us. What views we will see as we climb with the Lord! Then, if we persevere in our climb with Him, when we stand before Him at the Judgment Seat of Christ, we will hear Him say, “Well done, good and faithful servant!”

Imagine the thrills felt on that mountaintop!

Gene Greeson graduated from Florida Bible College in 1975. He and his wife, Dori, have led a prison ministry in Florida prisons for 18 years.