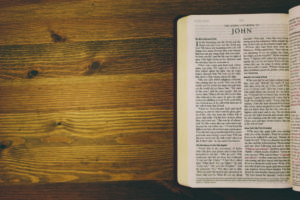 Study I: Four Simple Observations from the Evangelistic Ministry of the Lord Jesus

I recently did a Logos software study revealing four facts which, while simple, have significant implications:

1. Jesus Christ did not spend a lot of time convincing unbelievers that they were sinners.

2. The Lord also did not spend much time convincing individual unbelievers to repent . However, He did spend a lot of time announcing judgment against Israel and its cities for not repenting and believing in Him. And He spoke quite a bit to believers about repenting.

3. Neither metanoein (to repent) nor metanoia (repentance) are even mentioned in the Gospel of John (which was written so that people could get eternal life). 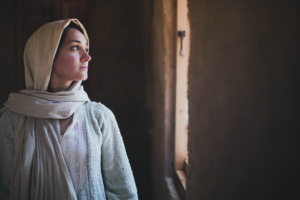 Study II: Jesus Is “the Christ, the Son of God”

When I did a Logos software study of the expression the Christ, the Son of God (Greek: ho Christos ho huios tou Theou), I found it only occurs six times in the New Testament, all in the Gospels. Three times it is found in John’s Gospel, twice in Matthew, and once in Luke.

Probably the most famous of these six uses is in the purpose statement of John’s Gospel:

And truly Jesus did many other signs in the presence of His disciples, which are not written in this book; but these are written that you may believe that Jesus is the Christ, the Son of God, and that believing you may have life in His name (John 20:30-31, emphasis added).

The Apostle says that anyone who believes that Jesus is “the Christ, the Son of God” is born again. But what does that expression mean?

In Jesus’ famous dialogue with Martha He said, “I am the resurrection and the life. He who believes in Me, though he may die, he shall live. And whoever lives and believes in Me shall never die. Do you believe this?” Martha’s response contains the second most famous of the six uses of this expression:

To believe that Jesus is the Christ, the Son of God is to believe that He is the resurrection and the life, i.e., that He guarantees that believers will be in His kingdom forever (bodily resurrection) and have everlasting life that can never be lost (life).

Twice Peter used this expression, each time adding tou zontos, “of the living”:

The final two uses are not well known. Both come from unlikely sources.

Caiaphas, the unbelieving high priest, during one of Jesus’ mock trials, said,

Did Caiaphas know this expression from Old Testament prophecies, from reports of Jesus’ own teachings, or did the Holy Spirit put it on his mind just as He did when He had Caiphas’ prophecy (unwittingly) about Jesus’ substitutionary death (John 11:50-51)? While we can’t be sure, it is significant that he uses the expression that John 20:31 says if one believes (in the sense John intends it) he is born again.

The final use is from the lips of an even stranger source: demons.

And demons also came out of many, crying out and saying, “You are the Christ, the Son of God!” And He, rebuking them, did not allow them to speak, for they knew that He was the Christ (Luke 4:41, emphasis added).

Since Satan knows that Jesus gives everlasting life to living humans1 who believe in Him (Luke 8:12; 2 Cor 4:4; cf. John 11:25-27), it makes sense that demons would know that as well. But it is a bit shocking to find one of only six uses of this expression on the lips of demons.

Notice, too, that the demons use the full expression “the Christ, the Son of God,” but Luke reports simply that “they knew that He was the Christ.” This helps explain a verse like 1 John 5:1, “Whoever believes that Jesus is the Christ is born of God.”

God not only uses people like Peter, Martha, and John to proclaim His message, He even uses the Jewish high priest and demons to proclaim it too.

Jesus is the Christ, the Son of God. Do you believe this?

Study III: Why Is the Expression “Father in Heaven” Only Found in the Synoptic Gospels?

The expression “Father in Heaven” is found fifteen times in Matthew, twice in Mark, and once in Luke.

It is not found in John, Acts, the Epistles, or Revelation.

Might it be that the Apostles did not feel worthy of using the exact expression the Lord Jesus used of His own Father?

It seems that “God the Father” and “the God and Father of our Lord Jesus Christ” are ways in which someone could communicate the same truth but without the risk of sounding blasphemous. After all, while God is our Father, He is not our Father in the same sense in which He is Jesus’ Father, as part of the Trinity. Jesus is uncreated. He is eternal. He created all things with the Father and the Spirit.

Possibly another explanation might be that once God became a man and dwelt among us, we who believe in Him now have special access to God the Father. It is as though we are seated with Christ in heaven (Eph 2:6).

1. As opposed to people who have died, only to realize in Hades that Jesus really was the Christ. At that point, it is too late to believe and be saved.