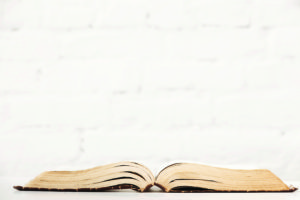 A few years ago a member of my congregation told me about a book by a Baptist pastor entitled 10 Things Your Minister Wants to Tell You (But Can’t, Because He Needs the Job).

I was intrigued: Was this a book to help the average Christian understand what a pastor really thinks? Or maybe a list of things it’s hard for a pastor to say, but Christians need to hear? Either could have been interesting and challenging.

Instead, the author presents the average pastor as a person who knows that most of what he preaches is false, and just keeps on saying it because he needs the income.

Leaving aside for a moment what he says, this is one of the most offensive and evil ideas I can imagine—that a pastor would willfully and knowingly deceive people by hiding what he really knows to be true. Sadly, just the opposite is too often true today: Pastors preach their own ideas to people who don’t want to hear the truth! Paul predicted that “the time will come when they will not endure sound doctrine; but wanting to have their ears tickled, they will accumulate to themselves teachers in accordance to their own desires, and will turn away their ears from the truth” (2 Tim 4:3-4). Truly those times are here…and this book is “Exhibit A.”

Take the author’s ten topics: Unbelievably, he goes 0-for-10 in comparison to Scripture. His ‘ten things’ will never be spoken by a Bible-believing pastor. Here they are—followed by a brief response based in Scripture (in italics).

1. Creation Is a Myth

Genesis 1-2 is not God telling us about how it all began, but a fictional myth which was perpetrated by a society that was “bent on keeping women in their place” (p. 5).

Really? Too bad Jesus didn’t know that: He based his teaching on the fact of the creation narrative (Matt 19:4-6). And Peter, describing those who do not believe Jesus will return, writes that “they deliberately forget that long ago by God’s word the heavens existed and the earth was formed” (2 Pet 3:5).

2. Our Purpose Isn’t to Glorify God

Christianity usually teaches that we are here to glorify God—but “every time I hear it, I cringe…‘Is that all there is?’ We aren’t here to just glorify God, but ‘to be fully human’” (p. 12).

We can quibble about wording: The Reformers declared that man’s chief end is to “glorify God and enjoy Him forever.” But the problem here is in the author’s focus: For him, it’s all about us. Yet life is really all about God. This is all “His-story”. Our purpose is to be fully God’s. “Therefore, whether you eat or drink, or whatever you do, do all to the glory of God” (1 Cor 10:31).

3. The Bible Is Full of Errors

A collection of writings with “religious value,” filled with errors and falsehoods (“glitches in the otherwise sterling revelation of God,” p. 31), written by men who didn’t understand God.

Most miraculous events—creation, Jonah, the virgin birth, etc., are just myths. Other events (the Red Sea crossing, manna, Jericho’s walls) have natural explanations. “Miracles are in the eyes of the beholder” (p. 40).

Miracles are real or they’re not; Jesus told doubting Pharisees that His miracles witnessed to His deity (John 5:36; 10:25, 38). They’re no problem for God!

“There is no single answer to religion’s most vexing question. The road to salvation depends upon who’s standing in the road” (p. 47). We’re saved “by asking for it,” but faith includes works—like obeying the 10 Commandments and giving to the poor.

Half-right, but all wrong! Scripture says, “To the one who does not work, but believes on Him who justifies…his faith is reckoned as righteousness” (Rom 4:5). It is “not by works of righteousness which we have done, but according to His mercy” (Titus 3:5).

6. The Role of Women

Biblical passages that instruct wives to “submit” to their husbands, and restrict teaching or authority roles to men, are examples of the church’s “shabby treatment of women” and amount to “illegal sex discrimination” (pp. 58-59).

Odd that the author would choose the social norms of a society unraveling at the seams to “correct” God! This is extreme hubris, only exceeded by foolishness of one who sets up his own moral authority as greater than God’s.

“People are born gay and lesbian” (p. 72). God creates them that way; all declarations against homosexuality are outdated moral teachings. Homosexual “marriage” is a good thing.

Since the author views the creation narrative as myth, it doesn’t matter that God made male and female. For some reason (I confess to my words dripping with sarcasm), he failed to cite Rom 1:26-27, which bluntly condemns to God’s wrath those who practice homosexuality.

8. Other Religions Lead to God

Jesus isn’t the only way to God. Paul only “preached Jesus” because He was “the best first-century vehicle for conveying” the message of God’s grace (p. 82). We should have an “attitude of tolerance.”

The question is not what I tolerate, but what God tolerates! Jesus said, “I am the way, the truth, and the life. No man comes to the Father, except through Me” (John 14:6; see Acts 4:12). The author tries to explain away those words, because they prove him wrong.

There is no eternal hell. Teachings of the Old and New Testaments about life after death are just religious creations. The “good guys” (those who live good lives) “have abundant life now and perhaps forever” (p. 89).

Hell wasn’t made for us, but for Satan and demons (Matt 25:41). But Jesus said people do go there (Luke 16:19-31—the author calls this an “ancient Egyptian story”), and Paul taught that those who reject the gospel face eternal destruction (2 Thess 1:9).

“Jesus was mistaken” in things He said about the end times. We shouldn’t take prophecy too literally; better to see all end-time prophecies as symbolic. The best view? “Trust God, and in the end things will all pan out” (p. 104).

Were the Biblical authors just making stuff up, or was God playing a game of “bait and switch” with us? Why not take prophecies that haven’t yet been fulfilled the same way as prophecies which have been fulfilled, i.e., literally?

There it is. Ten things a Biblical pastor will never tell you. But more importantly, pray that your pastor will tell you always and only what the Bible clearly, literally, and unambiguously says—not because he needs the job, but because it’s the Truth, and because what you and I do about it matters—both now, and for eternity!