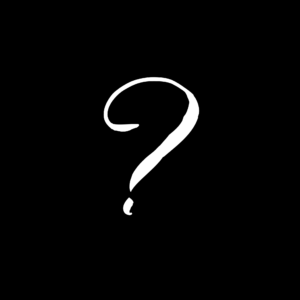 Many Christians say they believe in God’s mercy, but the truth is they really don’t. In fact, the mercy they’re expecting from God is the exact opposite of the mercy God offered to give.

Why would I say that?

Most Christians don’t believe in God’s mercy, because most believe in some form of salvation by works.

That’s true of the Catholics.

It’s also true of most Presbyterians, Anglicans, and Pentecostals.

And sadly, it’s even true of many Baptists and Plymouth Brethren.

What I mean is, not everyone is going around preaching that you’ll be saved so long as you have a simple majority of good works in your life— 51% good vs 49% bad.

No, no, no. Salvation by works as it is commonly taught is far more subtle than that.

Instead, what they usually believe is that if you try hard to be basically good, God will be merciful, overlook what faults you have, and save you. “Do your best, and God will do the rest,” is the common saying.

When I ask them, “Do you really think you’re good enough to go to heaven?” They usually answer, “Well, I hope that God will have mercy on me.”

In other words, what they mean is, “I hope that God will see that I did my best, and while I had my bad days, He’ll understand and save me anyway.”

Hear what Paul had to say about the basis for God’s mercy,

He saved us—not by works of righteousness that we had done, but according to His mercy—through the washing of regeneration and renewal by the Holy Spirit (Titus 3:5).

Did you catch that?

God’s mercy is contrasted with our works.

Paul says we are not saved by righteous works, and doing good works is not why God shows us mercy. Our works and God’s mercy don’t complement each other, as if God’s mercy makes up for what our works lack. God doesn’t look at your works and decides to show you mercy. Instead, God shows you mercy by not basing it on your works at all!

For we conclude that a man is justified by faith apart from the works of the law (Romans 3:28).

There’s no doubt about that.

His mercy is greater than any of us will ever realize.

However, you and I don’t get to tell God how to show us mercy. That’s His decision. He sets the terms, not us. We shouldn’t just make up our own terms of how God will be merciful, and put our hope in that. Rather, we should put our hope in what God actually promised to do, not what we hope He’ll do.

And how has He chosen to show mercy?

God chose to show mercy by saving believers on the basis of their faith in Christ, apart from their works.

“Do you best, and God will do the rest” is nothing more than a pious fraud— human tradition and wishful thinking masquerading as faith.

Instead, hope and believe in what Jesus promised: “He who believes in the Son has eternal life” (John 3:36).