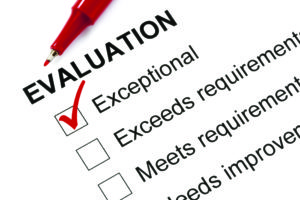 When most Christians think of the Kingdom of God, they think that it will be a place where everyone is equal. It will be kind of like a communist utopia. In their view, the ideas of communism, where everyone is on equal footing, will be realized because Jesus Christ will be ruling over everything. Nobody will be richer or more powerful than anybody else. All such distinctions belong only to this world. Sin has caused these inequalities to exist. I think in most people’s minds a world where everyone is equal is the ideal place. If the Kingdom of God is not such a place, it is maintained, there would be jealousy among those who are not as important, rich, or powerful as others. If such conditions existed, at least some people in the Kingdom would not be perfectly happy. This is not possible because in the Kingdom everyone will be infinitely full of joy.

It seems to me that not only the Bible teaches us these things, but our experience does as well. I spent over two and half decades in the military. I loved pretty much everything about it. I enjoyed the people, the challenges, the travel, and my job. My experiences in the military taught me many valuable lessons. One of those lessons is that not all men (and women) are equal. Some rightly deserve to be greater than others.

This was most clearly seen when I worked with a soldier by the name of Gordon Roberts. He and I were both soldiers. In fact, we had the same rank and worked in the same office and had the same job. You would think that in the eyes of the military we were equal. But you would be wrong.

Gordon was a national hero. Because of his actions in Vietnam, he was awarded our nation’s highest medal, the Medal of Honor. As a result he received many privileges I did not. He received an extra check each month. He was invited to every presidential inauguration as an honored guest. He was constantly asked to speak at large events. Journalists came to interview him and even write books about him. He even got his own private parking place and special license plates from the state of Georgia.

Why was he greater than I was? Because he risked his life to save the lives of many other men. He deserved such honor. It was only just.

In the Kingdom, God will reward those who by their actions deserve such rewards. It is only just. There will be no jealousy because there will be no sin. May I add something else? Even though I have a sin nature, it was an honor (even in this world) to work alongside Gordon. I was happy that he did what he did so many years before. In the Kingdom we will all be glad that those who are great honored the Lord the way they did.