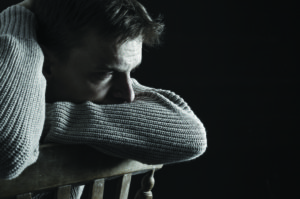 by Shawn Lazar, originally published in the November/December, 2014 issue of Grace in Focus. The original article may be accessed here.

Doubt. For some of us, it is momentary feeling of anxiety that eventually passes when our circumstances change. For others, it is a way of life born out of the barrage of insecurities created by our families, jobs, the economy, or the current state of the world.

Life is full of doubt.

But of all the doubts we can experience, none is more terrible than lacking assurance of eternal life. Have I done enough to be saved? Am I justified before God? Will I go to heaven or hell when I die? Does God love me? These are the kind of haunting questions that can terrorize the conscience.

Some pastors teach that lack of assurance is normal. They say doubt is a component of faith and a healthy part of the Christian life. They say that having assurance of salvation is the exception, not the norm.

Is that true? How can a life of doubt be God’s will for His children?

To get answers to these questions, I arranged to interview David J. Engelsma, emeritus professor of Dogmatics and Old Testament at the Protestant Reformed Seminary, in Grand Rapids, MI. He wrote a booklet entitled, The Gift of Assurance, where he untangled the knotty theological problems that lead professing Christians to doubt their salvation.

Shawn Lazar: What motivated you to write, The Gift of Assurance?

David Engelsma: There were two motivations. First, assurance of salvation is fundamental, because without it, there is no enjoyment of the salvation that God has planned for us and that Jesus Christ has won for us. And second, it was also occasioned by the so-called renaissance of Puritanism in Calvinistic circles, which is winning a number of converts. It has always struck me, in my study of the Puritans, that they went seriously astray in regards to assurance.

SL: Before we address the issue of Puritanism, can you tell us what “assurance” is?

DE: Assurance is a believer’s certainty that he is chosen by God, redeemed by the blood of Christ, indwelt by the Holy Spirit, and heir to eternal life that cannot be lost. Or to put it more briefly, assurance is the certainty of the believer that the salvation of God in Jesus Christ is his or her own.

SL: You said that the Puritans got assurance wrong. We should mention that you are a theologian in the Dutch Reformed tradition, whereas the Puritans grew out of the Reformation in England, and that there are differences between the two traditions, especially on this issue. Where did the Puritans go wrong?

DE: They went wrong by denying that assurance of salvation is of the essence of faith itself. That is the crucial issue. The question is: does assurance belong, properly and essentially to faith in Jesus Christ, or is assurance of salvation some element that is lacking in faith, and that God gives to a few believers at a later time, usually by way of answering their hard work?

I maintain in the booklet, and attempt to show from Calvin, the Reformed Confessions, and three Biblical passages, that faith consists of assurance, that it is assurance, and it is not something to either be divorced from faith or added later on.

DE: That’s correct. In the Reformed tradition we call it historical faith. Satan knows that Jesus Christ died for sinners, but he doesn’t have saving faith. Likewise, the Puritans taught that you can have faith that Jesus Christ is the Savior, that He saved people from their sins, but that you can go for years and years (and even die) uncertain that Jesus died for oneself personally. And I react against that with a certain amount of anger, because it is a denial of the gospel.

SL: Your anger is provoked because this isn’t just a theoretical issue for you, but one of pastoral importance?

DE: Yes, it is. For example, I have a large contingent of relatives who are, in fact, believing people, and godly in their lives. Some have never missed a church service in 80 years. Nevertheless, under the influence of this Puritan theology, they have lived all their lives doubting their salvation. And because they lack assurance, they never dare to take the Lord’s Supper. I have sat with them on their death beds, and watched as they died in terror, afraid of being damned. And after they were laid in the casket, their relatives were in terrible distress and despair over their loved ones. I find that doubt to be wicked. So, it is not just a theological matter for me, but a very practical matter.

SL: And some teachers say that this doubt and fear is normal, and can even be an important motivator in the Christian life. Would you disagree and say that constant doubt is not normal, and what truly motivates the Christian to godliness is assurance?

DE: That’s correct. That’s exactly correct. I acknowledge in the booklet that some believers can, for a time, be doubtful about their salvation. But that is not the normal, healthy, to-be-expected condition of the believing child of God. To be forever in doubt of one’s salvation is abnormal, it is unhealthy, and sickly.

Sometimes that doubt is due to our own sinfulness. When we are not living in our faith, living a holy life, or living in communion with God, doubt is the chastisement that comes upon us. But it is one thing to recognize an ailment, and quite another thing to broadcast and preach that it is normal for the majority of Christians to lack assurance.

SL: In fact, in The Gift of Assurance you say that the Puritan doctrine of assurance is a form of salvation by works. Why is that?

ED: Let me state positively what salvation by grace is, with regards to assurance. When one believes on Jesus Christ, from the heart, by the operation of the Holy Spirit, he has certainty of his own salvation. According to the promise, everyone who believes on Christ has eternal life (cf. John 3:15). We receive assurance as a gift, through believing in Jesus, just as we receive all our salvation, as a gift, through believing. That is salvation by grace.

Now, the Puritan doctrine of assurance is a doctrine of salvation by works because the Puritans taught that believing in Jesus does not give you the important aspect of salvation that we call assurance. I don’t know what in the world, according to the Puritans, faith does give, but it doesn’t give assurance. For them, the way to get assurance is to work for many years, and to struggle, and grow, and to go through all kinds of spiritual contortions, laboring hard, until finally, you may get it. In which case, you get assurance by virtue of your own works. You get assurance by your own groaning, your own seeking, your own “questing” (to use a word that they love). I say that is no different from the doctrine that says we save ourselves by our working.

SL: You argue that this approach to the Christian life is really a form of mysticism. You cite D. M. Lloyd-Jones’s account of how several famous preachers received their assurance through feelings and spiritual experiences—like seeing a light, or being ravished by joy, or having a strange warming in their bosom—experiences that occurred apart from hearing and believing the Word of God.

DE: That’s another fundamental criticism of the Puritan doctrine of assurance. The Reformed tradition rejected mysticism just as heartily as it rejected salvation by works of the law. But Puritanism teaches that the way for a believer to get assurance is by a special, emotional, dramatic, datable, recognizable feeling. The public defenders of Puritanism tend to whitewash this aspect of their teaching, nevertheless, Puritanism does teach that you get this assurance from a mystical experience, such as a vision, a dream, or by an extraordinary providence in your life. In which case, you base your assurance of salvation, not upon Jesus Christ and faith in His promise, but on some extraordinary feeling. The result is that a majority of believers under that kind of teaching never get assurance, because they’ve never had that kind of experience. And what’s worse, they begin looking for weird experiences that may have happened to them, in order to give them confidence of their salvation.

SL: And the problem is, if they’ve had some kind of elusive mystical experience, they may also have had some negative experiences too, and can’t tell which experience to believe. Or the memory of the experience they once had will grow dull over time, and they will begin to doubt again. Instead of certainty, all they have is shifting sand.

DE: And after a day or two passes, you begin to question what was the cause of the experience? Was it merely that I wasn’t digesting my food, or didn’t get enough sleep, or was it actually worked by the Holy Spirit? There is no certainty in that at all.

SL: As a matter of pastoral theology, what would you tell someone who lacked assurance and who lives in fear of dying and going to hell?

DE: I was a pastor for 25 years before I accepted the appointment to teach at the seminary. I have dealt with this issue with members of my congregations who professed to be believers, but who nevertheless struggled with doubts about their salvation. When I dealt with these members, I would attempt to discover if there was any cause behind their doubts, such as living in hatred of their brother, or in infidelity, or otherwise walking in deliberate sin. In which case, it would be understandable that they would come to doubt their salvation.

Otherwise, I would exhort someone who was lacked assurance in this way. I would be very patient. I would take care not to be harsh and condemnatory. I would tell them what the gospel itself says: believe on Jesus Christ, know Him as the Savior from sin, put your faith in Him for your righteousness with God, and you will have certainty of salvation. God Himself promises (and He cannot lie) that everyone who believe on Jesus Christ is saved, will be saved, and will never be lost, and we have no reason to doubt Him whatsoever.

David J. Engelsma is emeritus professor of Dogmatics and Old Testament at Protestant Reformed Seminary in Grand Rapids, MI. His booklet, The Gift of Assurance, is available online, and printed copies are available for free by writing to The Evangelism Committee of Crete Protestant Reformed Church, 1777 East Richton Rd, Crete, IL 60417.

In todays episode, Bob and Shawn will be addressing the relationship between works and faith. Do your works prove your salvation? Can we find assurance...
January 20, 2021

A reader of our blog, K, cited one of my blogs in which I said that you know you are believing in Jesus to save...