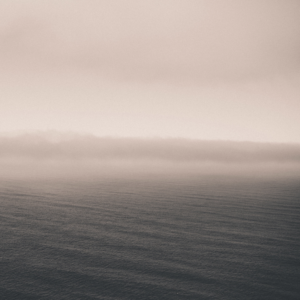 In hindsight I could see the hand of the Lord in what happened. But when it was all happening, I seemed to be struggling through these things all on my own.

On January 1, 1985, Sharon and I flew back from a week’s vacation in Arkansas. We were picked up by the one of the elder’s in our church. I had been pastoring this church for three years while finishing my master’s degree and working on my doctorate.

The elder said that he’d be by with my Christmas present from the church that night.

Around 5:00 he and another elder returned. They gave me a beautiful leather-bound Ryrie Study Bible.

Then the bombshell came. “We want you to resign immediately.” I had gotten into a dispute with the elders over pay before we left on vacation. They decided it was time for me to go.

I reluctantly resigned. So on the first day of 1985, I lost my ministry position.

I was fortunate to be hired by Dallas Bible College to teach starting in August of that year. Sharon and I moved with the school to East Texas. I enjoyed teaching very much. Then on December 31, 1985, I lost another ministry position. The school folded due to financial difficulties.

I interviewed with and taught some sample classes at two schools over the next five months. I was hired by Multnomah Bible College in Portland, OR, to teach Greek and Bible. We were thrilled. Multnomah is one of the leading Bible Colleges in the United States.

I loved the teaching and ministry with the students. For the first few months, all was great. Sharon and I were happy and fulfilled.

Sharon had a very hard time. That is putting it mildly. She couldn’t eat. She lost about twenty pounds and was skin and bones. She could only sleep three or four hours a night. The darkness and rain got to her.

I told the Dean of Students that I would complete my year contract, but then we’d almost certainly be leaving. He urged us to get medical help. We did. But it didn’t help.

It was a very tough time for both of us.

When the school year ended, we left Portland to drive back to the Dallas area. It was July of 1987. I had lost three ministries in a little over two years.

At the time I thought I might never be a full-time professor again. That has proved true.

We came back to see if we could make a go of a new ministry I had founded called Grace Evangelical Society. In 1986 a total of $300 had been given to GES. Not $300,000. Three hundred dollars.

We came to Dallas with a new ministry, but no support.

Losing those three ministries was very tough. Those were hard times. Those were tests from the Lord, I believe, to see if I had staying power. I didn’t have much. But I kept looking to Him. I believed He had something for me to do. It turned out that He did. It was GES. But to get there I had to go through a crisis in Portland.