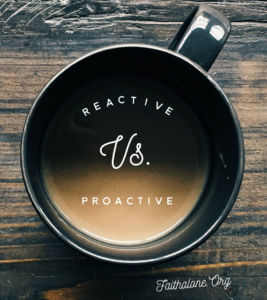 A few months ago I was contemplating advertising in Charisma, the flagship magazine for the Pentecostal and Charismatic movement.

Usually, that wouldn’t be the first venue to come to mind. But in this case, I thought it was appropriate.

Bob had just published A Gospel of Doubt: The Legacy of John MacArthur’s A Gospel According to Jesus. We knew our people would love it. But how to get new readers?

Then I thought of Charisma.

I noticed that MacArthur had recently been attacking the Charismatic movement in books like Strange Fire, and through lectures and conferences. And the Charismatics, in turn, had fought back with books like Michael L. Brown’s Authentic Fire.

MacArthur was on the Charismatic radar, so I thought they might be open to hearing a critique of his misunderstanding of the gospel.

Moreover, Charismatics and Pentecostals needed to hear Free Grace as much as anyone else. Maybe, just maybe, if they read Bob’s book, they’d realize his critique also applied to the salvation message preached in many, if not most, Charismatic churches, and come to embrace grace [Note to self: “Embrace Grace” would be a great book title].

So I called Charisma’s advertising department and got to talking to Rich about what GES wanted to achieve with the ads. Would they be interested in having us advertise with them?

I was surprised by his answer.

“I’m happy to take your money, but honestly, I don’t think the book is going to sell,” Rich said.

“Why not? You don’t think the MacArthur angle would generate interest?” I asked.

“No,” he said. “For one thing, Robert Wilkin is not name that people would recognize.”

“And for another thing, this book is very reactive, not proactive.”

“It’s reactive. You’re fighting back. You’re saying why MacArthur’s wrong. That appeals to some people, but not many. Not enough to make it worth it spending money on ads. Our readers go for positive messages. Something proactive, something that will encourage them. If you want to reach a bigger audience, that’s what you need. Do you have any proactive stuff?”

“Let me think about that.”

I never heart it put that way before. Our books are too reactive. When Rich said that, it stuck home for two reasons.

First, a close GES supporter had recently challenged us to be less contentious, less about heresy hunting and fighting against other people, and more concerned about making the positive case for Free Grace theology in a language that ordinary parishioners would understand. “I want GES to be known for what you’re for, not what you’re against,” he said.

Second, I had recently started teaching an adult Sunday school class—which I had never done before—when I realized I didn’t know how to teach ordinary people. I was used to being in a theological bubble, surrounded by theology nerds who find theological debates really interesting and important. But when I started teaching Sunday school, I quickly realized I was going way over peoples’ heads.

So when Rich told me that GES material tended to be reactive, rather than proactive, it reminded me of Deuteronomy,

“One witness is not enough to convict anyone accused of any crime or offense they may have committed. A matter must be established by the testimony of two or three witnesses” (Deuteronomy 19:15).

I had my two or three witnesses.

My plan and hope is that over the next few years, GES publications will take a proactive turn.

Although there will always be occasions for debating and refuting other views—and I think such refutations are necessary (e.g., think of Paul’s letters to the Galatians)—that won’t be our focus.

Instead, we’ll put more energy into developing a positive case for Free Grace theology on its own terms, in order to edify ordinary believers so they can read the Bible and be blessed.