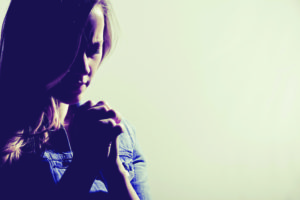 No earthly banquet was ever so splendid. No roster of assembled guests was ever so impressive. The coheirs of King Jesus are the elite of human history. To be numbered among them is the highest honor—and greatest victory!—which any man or woman can achieve. But what is it that really makes an overcomer? What are the secrets of his victorious life? Some of these secrets have already come before us in the various Scriptures pertaining to this theme. But some deserve special stress from passages which have not yet been considered. Spiritual victory is not an accident. It is, after all, the outworking of the fundamental truths and principles which permeate the Word of God. The would-be overcomer needs to grasp these principles firmly. He needs to live these truths out in daily life.

Without exception, the overcomer is a man or a woman of great faith. It was apparently not long after completing his famous Sermon on the Mount (Matthew 5–7) that Jesus encountered a Gentile with remarkable faith (Matt 8:5-13). He was a Roman centurion whose servant was desperately sick. But so great was this man’s confidence in the word of Jesus that he was able to say to Him:

Lord, I am not worthy that You should come under my roof. But only speak a word and my servant will be healed. For I also am a man under authority, having soldiers under me. And I say to this one, “Go,” and he goes; and to another, “Come,” and he comes; and to my servant, “Do this,” and he does it (Matt 8:8-9).

Clearly, here was a man with supreme confidence in the authority of the word of Jesus. But it was precisely this note of authority that had astonished His audience on the Mount (Matt 7:28-29). Nevertheless, one could not effectively build his life (his “house”) on Jesus’ words (see Matt 7:24-27) unless he had confidence like that of the centurion in Jesus’ authority. No wonder, then, that the centurion’s words elicit from Jesus not only high praise but His very first recorded reference to the banquet of co-heirship:

When Jesus heard it, He marveled, and said to those who followed, “Assuredly, I say to you, I have not found such great faith, not even in Israel! And I say to you that many will come from east and west, and sit down [recline] with Abraham, Isaac, and Jacob in the kingdom of heaven. But the sons of the kingdom will be cast into outer darkness [the darkness outside]. There will be weeping and gnashing of teeth” (Matt 8:10-12).

It is unmistakable that our Lord’s great metaphor about the wedding supper shimmers in the background of these words. The imagery will later be developed more fully by the Master Teacher of men, but it is here already in embryonic form. Abraham, Isaac, and Jacob, we are told, are reclining in the kingdom of heaven. The word used for this was quite commonly employed to describe someone reclining at a table to eat food. One begins, therefore, to visualize some great chamber or room in which these Old Testament worthies are assembled to dine with many others from the east and west. Since great banquets were normally held in the ancient Middle East at night, by inference one can conceive of “the darkness outside” as the region just beyond the brightly lighted hall where the festivities take place. Unlike the discourses in Matt 22:1-14 and 25:14-30, which are clearly parables, Matt 8:11-12 does not have the form of a parable. We can therefore understand it as referring to a literal banquet attended only by the co-heirs.

As the banquet is about to begin, those present in the banquet hall who are not entitled to attend are asked to leave (= “cast out”). As the “disqualified” walk outside into the darkness of the night, weeping and mourning can be heard. The Greek expression literally reads, “weeping and gnashing of teeth will be there” (v 12). The concept of a literal banquet for the co-heirs seems to be verified in Heb 12:23 where the Greek can be more literally rendered: “[you have come] to the festal gathering and assembly of first born persons.”

The Greek term translated “first born” is prototokon which clearly alludes to the first born inheritance rights (prototokia) that Esau “sold” for “one meal” (Heb 12:16). The “first born ones” would then be the King’s “companions,” or “partners,” in His kingdom (Heb 1:8-9 ) Clearly, in this first use of the expression “the darkness outside” (a phrase found only in Matthew), our Lord’s teaching about this “festal gathering” sets the background for the parables in Matthew 22 and 25. The literal occasion (found in chapter 8) is elevated in chapters 22 and 25 to the level of a powerful metaphor describing access to— or exclusion from—co-heirship with the King. And one thing is clear: the guest list at this “festal assembly” is impressive. It includes the three patriarchs of the Jewish race, who in their own right were men of great faith (see Heb 11:8-16). And it includes Gentiles—like this centurion—who will come from the far corners of the earth to celebrate with the illustrious heroes of days gone by.

These words, of course, were directed at Jews. It was not that Jesus had not found faith in Israel. He had found it there. But He had not found such great faith in Israel. He had not found faith like that which He had just now encountered in this centurion. The crowds on the Mount who had listened to Jesus’ Sermon “were astonished” at His authority (7:28). The centurion believed it! Yes, faith got a man into God’s kingdom and made him a son of that kingdom. But great faith could get him into the banquet! And there were Jewish sons of the kingdom who would miss that banquet (while Gentiles from many quarters were admitted) unless their faith could be stretched beyond its present restricted limits.

Precisely for this reason, the Roman centurion was a striking challenge to all to trust Christ’s word completely and to construct one’s life on the bedrock of His unshakable authority. Great faith was thus often found in unlikely persons, like this Gentile. And for that reason, it was often found also among the poor. Indeed, it was James, the Lord’s own natural half-brother, who was later to write, “Listen, my beloved brethren: Has God not chosen the poor of this world to be rich in faith and heirs of the kingdom which He promised to those who love Him?” (Jas 2:5; emphasis added.) James’ readers had been making a mistake. They had been honoring the rich and slighting the poor (2:1-4). What a miscalculation that was! More often than not it was the Christian of little means who had a wealth of faith and thus was destined to become a co-heir with Jesus Christ, a co-possessor of His kingdom. It was hard for a man who trusted in riches even to enter God’s kingdom (Mark 10:24). And that took only a simple act of faith.

But what of the lofty demands which devoted discipleship made on the would-be heir? That required much faith! And material destitution was often fertile soil for that kind of faith. The man who must trust God for the next meal will soon find he can trust Him for everything else as well. But material well-being was often—though not always—hard, resistant ground in which faith, if it existed there at all, thrived poorly. Not surprisingly, therefore, Jesus Himself said to disciples who knew the meaning of earthly poverty: “Blessed are you poor, for yours is the kingdom of God” (Luke 6:20). If one must choose, then, it would be far better to have little material wealth and an abundance of faith in God. After all, God’s kingdom belonged to people like that. No doubt a rich Christian could attain to co-heirship, but—James’ words imply—their numbers would be few!

This article is from the third edition of Grace in Eclipse. It is drawn from the new Chapter 10, which contains a large amount of new material.