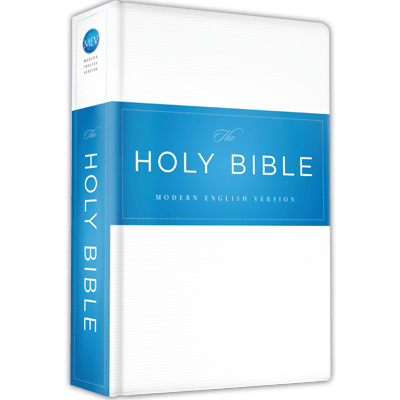 In this article, I will look at seven more translations, namely, the Amplified Bible (AMP), Modern English Version (MEV), The Message (MSG), New American Bible (NAB—note, this is not the same as the NASB), New Century Version (NCV), New Living Translation (NLT), and the New Revised Standard Version (NRSV).

One of the criteria for a good translation is that it will leave a passage as ambiguous as it is in the Greek.

One of the big differences between Free Grace theology and other schools is in our interpretation of James 2.

Of particular interest are the last words of Jas 2:14, which in Greek reads “he pistis,” which literally means “the faith.” For reasons I will shortly explain, many translators are tempted to qualify the word “faith” with other terms, to suggest that the faith in question is actually false. Let’s see which translations leave well enough alone.

AMP: “What is the use (profit), my brethren, for anyone to profess to have faith if he has no [good] works [to show for it]? Can [such] faith save [his soul]?”

MEV: “What does it profit, my brothers, if a man says he has faith but has no works? Can faith save him?”

MSG: “Dear friends, do you think you’ll get anywhere in this if you learn all the right words but never do anything? Does merely talking about faith indicate that a person really has it?”

NAB: “What good is it, my brothers, if someone says he has faith but does not have works? Can that faith save him?”

NCV: “My brothers and sisters, if people say they have faith, but do nothing, their faith is worth nothing. Can faith like that save them?”

NLT: “What good is it, dear brothers and sisters, if you say you have faith but don’t show it by your actions? Can that kind of faith save anyone?”

NRSV: “What good is it, my brothers and sisters, if you say you have faith but do not have works? Can faith save you?”

In this case, the MEV and the NRSV get it right. The NAB is close. The MSG, while interesting to read, shows that it really isn’t a translation at all, but Eugene Peterson’s interpretation of the text. The other translations wrongly qualify faith (“faith like that”; “that kind of faith”), giving the impression that James was talking about fake faith, as opposed to useless faith.

In other words, many theologians use this verse to argue that it isn’t enough to believe in Jesus for eternal life; you must also have good works, otherwise your faith is not genuine and you’ll go to hell.

Free Grace interpreters read James entirely differently. We don’t see this as a discuss about the genuineness of eternally saving faith. This is a warning to regenerate people about the temporal profitability of faith. James should be read as a companion to the book of Proverbs, i.e., as a guide on how to put faith into practice so that we can be delivered, and so that we can deliver others, from the death-dealing consequences of sin in this life.

How should Christians react to sinful behavior? In 1 Corinthians 5, Paul said we should distinguish between those inside and outside the church. While we shouldn’t judge people outside the church (separating ourselves from the world would be impossible), we can separate ourselves from the immoral people inside the church. The question here is: are those immoral people regenerate? Can a regenerate person live in sin? Or is immorality a sign of being a fake believer?

In 1 Cor 5:11, Paul refers to those we should separate from as onomazomenos which literally means “anyone bearing the name.” A good translation will leave it at that. But theologians who are strongly committed to the idea that true Christians can never live in sin expand the translation to give the impression that these were only so-called believers.

Let’s see what the translations do.

AMP: “But now I write to you not to associate with anyone who bears the name of [Christian] brother if he is known to be guilty of immorality or greed, or is an idolater [whose soul is devoted to any object that usurps the place of God], or is a person with a foul tongue [railing, abusing, reviling, slandering], or is a drunkard or a swindler or a robber. [No] you must not so much as eat with such a person.”

MEV: “But I have written to you not to keep company with any man who is called a brother, who is sexually immoral, or covetous, or an idolater, or a reviler, or a drunkard, or an extortioner. Do not even eat with such a person.”

MSG: “I wrote you in my earlier letter that you shouldn’t make yourselves at home among the sexually promiscuous. I didn’t mean that you should have nothing at all to do with outsiders of that sort. Or with crooks, whether blue- or white-collar. Or with spiritual phonies, for that matter. You’d have to leave the world entirely to do that! But I am saying that you shouldn’t act as if everything is just fine when a friend who claims to be a Christian is promiscuous or crooked, is flip with God or rude to friends, gets drunk or becomes greedy and predatory.”

NAB: “But I now write to you not to associate with anyone named a brother, if he is immoral, greedy, an idolater, a slanderer, a drunkard, or a robber, not even to eat with such a person.”

NCV: “I am writing to tell you that you must not associate with those who call themselves believers in Christ but who sin sexually, or are greedy, or worship idols, or abuse others with words, or get drunk, or cheat people. Do not even eat with people like that.”

NLT: “I meant that you are not to associate with anyone who claims to be a believer yet indulges in sexual sin, or is greedy, or worships idols, or is abusive, or is a drunkard, or cheats people. Don’t even eat with such people.”

NRSV: “But now I am writing to you not to associate with anyone who bears the name of brother or sister who is sexually immoral or greedy, or is an idolater, reviler, drunkard, or robber. Do not even eat with such a one.”

The AMP, NAB, NRSV and possibly the MEV get it right. The other translations (MSG, NCV, and NLT) all strongly imply that Paul was not addressing believers, but people who were falsely identifying as Christian.

Let Him Be Accursed (Galatians 1:8)

Can true Christians be cursed? Some theologians deny that that is possible. Let’s see what our translations do with it:

AMP: “let that one be accursed!”

MEV: “let him be accursed.”

NAB: “let that one be accursed!”

NCV: “we should be judged guilty!”

NRSV: “let that one be accursed!”

Most of the translations do well here. The NCV takes liberties and implies this is a legal judgment. The NLT adds that it is God’s curse, but that is not in the text.

There Is Now No Condemnation (Romans 8:1)

Does God unconditionally promise that no Christian will ever be condemned under any circumstances? And what kind of condemnation is Paul talking about?

In this case, the difference we are looking for is not so much in the translation itself, as we are in the Greek texts the translations are based on. As you are probably aware, there are two general families of Greek manuscripts called the “Critical Text” and the “Majority Text.” The Majority Text reflects thousands of manuscripts that were used throughout Europe, while the Critical Text reflects a handful of early manuscripts that were found in Egypt. Sometimes, the Majority Text has longer readings of verses that are left out of the Critical Text and which change the meaning of the passage, like Rom 8:1.

MSG: “Those who enter into Christ’s being-here-for-us no longer have to live under a continuous, low-lying black cloud. A new power is in operation. The Spirit of life in Christ, like a strong wind, has magnificently cleared the air, freeing you from a fated lifetime of brutal tyranny at the hands of sin and death.”

NAB: “Hence, now there is no condemnation for those who are in Christ Jesus.”

NCV: “So now, those who are in Christ Jesus are not judged guilty.”

NLT: “So now there is no condemnation for those who belong to Christ Jesus.”

NRSV: “There is therefore now no condemnation for those who are in Christ Jesus.”

Including the phrase makes an important difference to the meaning of the verse.

AMP: “And he [Abram] believed in (trusted in, relied on, remained steadfast to) the Lord, and He counted it to him as righteousness (right standing with God).”

MEV: “Abram believed the Lord, and He credited it to him as righteousness.”

MSG: “And he believed! Believed God! God declared him “Set-Right-with-God.”

NAB: “Abram put his faith in the Lord, who attributed it to him as an act of righteousness.”

NCV: “Abram believed the Lord. And the Lord accepted Abram’s faith, and that faith made him right with God.”

NLT: “And Abram believed the Lord, and the Lord counted him as righteous because of his faith.”

NRSV: “And he believed the Lord; and the Lord reckoned it to him as righteousness.”

The seven translations are in near agreement, except for the NAB. When it reads “attributed it to him as an act of righteou
sness,” the NAB makes Abraham’s faith seem like just one more good work (“an act”), instead of a status before God.

And note how the AMP expands on its translation of faith with “trusted in, relied on, remained steadfast to.” The last
term (“remained steadfast”) redefines faith to include a behaviorial aspect. That is a serious error. It confuses the only

condition of salvation, which is faith, apart from works. It is clearly wrong to translate faith that way in this verse, because
Abraham was justified the moment he believed, in an instant. there wasn’t enough time for him to “remain steadfast to” anything. The same with believers today. The moment you believe in Jesus for everlasting life, you become born-again. You get everlasting life th
at cannot be lost. It doesn’t happen as a process over time.

Here is how the seven translations score on the test passages with an overall rating that takes other considerations into account:

The other translations might be useful for giving a strikingly original rendition of a passage. I often read the MSG and NLT for that very reason. But they should not be used for serious, daily, study of the Word.