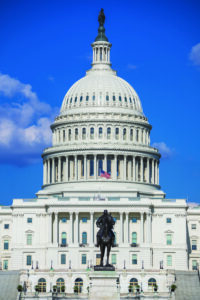 Is the President in Charge?

Tragedy and disappointment can reveal how Biblically grounded we are. We must both think Biblically and live Biblically.

Many people were disappointed when President Trump was not reelected. They prayed and voted and prayed some more. Still, by the time you read this, Biden will be President of the United States, and Donald Trump will be the only president in history to be twice impeached and twice acquitted.

In my opinion, Biden’s worldview and party platform are far from Biblical. And over the next four years, I expect that religious liberty and Christian values will be under attack.

However, whether President Biden knows it or not, he is not really in charge.

The Book of Revelation is not a book to fear but to embrace.

In Revelation, we learn much about our Lord and His perfect plans for the future.

It is a book within our Bible that promises a special blessing just from reading, hearing, and keeping what it teaches (Rev 1:3).

In the initial greeting at the beginning of Revelation we find three titles of Christ (1:5): “the faithful witness, the firstborn from the dead, and the ruler over the kings of the earth.”

The last title in this list answers the question of this article.

President Biden is no more ultimately in charge than President Trump was. Jesus Christ is the ruler over the kings of the earth. God has always and always will govern the ways of men.

In the Book of Daniel, Nebuchadnezzar rejects this fact. So God taught him who was in charge by driving Nebuchadnezzar to live with beasts in the field where he ate grass like oxen and grew hair like eagles’ feathers and nails like bird claws. This was done so that he would “know that the Most High rules in the kingdom of men, and gives it to whomever He chooses” (Daniel 4:32).

You see, regardless of who is president, Jesus is the coming King.

He is the ruler over every nation, not just America.

Of course, we should seek the good of the nation we live in (Jer 29:7; 1 Tim 2:1-7). And if the Lord should tarry His coming, then in four years, we will be blessed with the opportunity to vote for a new president.

But whatever happens, in four years, the Church will still be the Church that the gates of hell cannot overcome.

In four years, Jesus Christ will still be Lord.

Now I want you to know that I live in constant anticipation of the Rapture. We may not be here in four years—or four months. But however long we are here, that does not change Who has the real authority.

As citizens of heaven (Phil 3:20), we better know and embrace the truth that Christ is in charge.