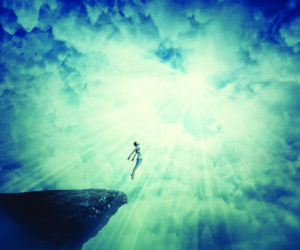 Somewhere around 2000, I became convinced that in Matt 24:40-44 the Lord is teaching the pre-trib Rapture. I was influenced by conversations with Zane Hodges. Around 2005, I then heard a message defending the pre-trib Rapture in the Olivet Discourse by Dr. John Hart. In 2007-2008, we published three articles by Hart in JOTGES supporting his view.

This article follows Hart’s ten points, but the comments are my own. I highly recommend readers carefully analyze Hart’s three articles, which are available at faithalone.org.

Because of space restrictions, I will merely hit the highlights. After all, Hart took sixty-five pages to develop his argument.

Nine Proofs of the Pre-Trib Rapture in Matthew 24

First, the Lord gives many signs for the event described in Matt 24:4-31. Thus, you can know when the event is happening. But the Rapture, while imminent, is a sign-less event. Hence, when the Lord says, “of that day and hour no one knows…” (Matt 24:36), He must be referring to the Rapture, not to the Second Coming at the end of the Tribulation.

Second, the words “now concerning” (peri de) start v 36 and indicate that a new idea is being discussed.

Fourth, the Lord’s reference to the days of Noah (Matt 24:37-39) fits perfectly with an imminent event whose time is unknown. But it does not fit with someone being in a period of seven years with identifiable signs, including a sign that the mid-point has been reached (i.e., the abomination of desolation). Things before the flood were business as usual in Noah’s day, and they will be business as usual at the time of the Rapture as well.

Sixth, Peter’s words in 1 Pet 3:20-21 and 2 Pet 3:10 show that the pre-trib Rapture was in view in Matthew 24. In 1 Pet 3:20-21, Peter talks about the time of Noah and his family being saved from the wrath of the flood via the ark. That salvation was not regeneration, but a type of the Rapture of the Church. In 2 Pet 3:10-12, Peter uses the Lord’s image of the thief in the night to refer to the soon return of Christ, which will culminate in the destruction of the current heavens and the earth and the creation of a new heavens and earth.

Seventh, the reference to one will be taken naturally fits with the pre-trib Rapture. And those left behind (remember the Tim LaHaye books by that title?) naturally refer to unbelievers who are not delivered but must go through the Tribulation. Hart notes, “If the one ‘taken’ is taken away for judgment, it is peculiar that a word characterized by personal accompaniment is employed while the one ‘left’ to enter the kingdom is described with a word frequently used for the forsaken” (JOTGES, Autumn 2008: 47). The language most naturally suggests that the ones taken refer to those taken in the Rapture.

Eighth, the imagery of a thief in the night fits perfectly with the pre-trib Rapture. But it does not fit at all with those who have been left behind to go through the Tribulation. Once the Man of Sin signs a covenant with Israel, anyone who reads the Bible can see that day one of 2,520 days has begun. When the two witnesses are killed, there will be 1,260 days before the Second Coming. Jesus’ Second Coming will not be like a thief in the night for anyone who has read God’s Word. Hart says, “There can be no forewarning if we are to honor the surprise element resident in the thief analogy in 24:43. A thief does not willingly signal his presence, but numerous telltale signs will precede Christ’s Second Coming at the climax of the tribulation” (JOTGES, Autumn 2008: 51).

Ninth, the exhortation to watch (grēgoreō) absolutely shows that the Pre-trib Rapture is in view in both Matthew 24 and 1 Thess 5:1-11. Hart writes, “If pre-tribulationists agree that 1 Thess 5 uses grēgoreō to instruct believers of the NT church to ‘stay alert’ for the coming pre-tribulational Rapture, then isn’t it logical that Jesus could have utilized the same word in the same way in the Olivet Discourse?” (JOTGES, Autumn 2008: 57). 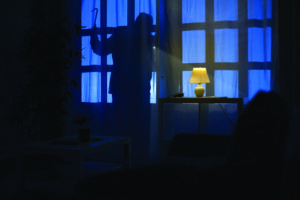 Objections to This View

When John Hart presented these nine proofs at the Pretrib Study Group Conference, I thought he would win over most of the audience. However, while all the attendees believed in the pre-Trib Rapture, very few were persuaded by John’s arguments. In fact, he was followed by someone presenting a paper on John 14:1-3 who specifically rejected the idea of the pre-trib Rapture in Matthew 24.

Far and away, the greatest objection to this view is that it doesn’t fit one’s tradition. Post-tribulationists cannot see a pre-trib Rapture anywhere. While pre-tribulationists certainly have no overwhelming reason why they can’t see the Rapture in Matthew 24, tradition is powerful. If nearly all classic dispensationalists reject the pre-trib Rapture being found in Matthew 24, it is hard (or Hart) to go against the tide.

Hart discusses several other objections in Part 3 of his JOTGES articles.

Some think that since Paul calls the Church a mystery, it means there was no reference to it before Acts 2. However, in Matthew 18, the Lord clearly referred to the Church. And nearly all classic dispensationalists believe that the Rapture of the church is in view in John 14:1-3. A mystery is not something previously undisclosed, but something previously unknown. There is a big difference. While the Church could not be discerned from reading the Gospels alone (or some texts in the OT as well), it can be seen when those same texts are read in light of later revelation.

One of the biggest objections is from Luke 17:37, which follows the Lord’s discussion of a man and woman who would be taken. When Jesus was asked, “Where, Lord?” He said, “Wherever the body is, there the eagles will be gathered together.” The argument goes that since that is normally interpreted as a reference to the judgments of the Tribulation, not the Rapture, the parallel passage in Matt 24:40-44 must not be about the Rapture either.

Hart has an excellent alternative explanation: “Without excluding a possible allusion to judgment, a better suggestion is that the disciples meant, ‘Where are You to be revealed, Lord?’ This understanding of Luke 17:37 fits the parallel passage in Matt 24:28 where the proverbial saying applies exclusively to the Parousia (24:29-31)” (JOTGES, Autumn 2008: 63). Luke 17:37 is very close in wording to Matt 24:28 (aetoi, eagles, is in both texts) and Luke 17:23. As a summary statement at the end of Luke’s presentation of the sermon, it makes sense that the question is not about vv 34-36, but about the Lord’s return.

Whatever Luke 17:37 means, it cannot and does not contradict what the Lord taught in Matt 24:36-44. The nine proofs given above overwhelm a possible objection based on what is itself a difficult verse to interpret.

Peter and Paul both use the imagery of the Day of the Lord and His coming as a thief in the night in reference to the pre-trib Rapture.

While I certainly do not need Matt 24:40-44 to tell me that the Rapture is true and imminent (I have that from other texts), I find it encouraging that the doctrine originates with the Lord Jesus. It would be surprising if the Lord taught about the Tribulation and yet did not say anything about the pre-trib Rapture.

Rapture truth has had a powerful impact on my life, from my early days when I came to faith in 1972 during the height of the Jesus people movement. Hal Lindsey’s writings about the Rapture were very meaningful to me. When I later became a student at his alma mater, Dallas Theological Seminary, my love and appreciation for the Rapture grew even more.

Like Hart, I urge readers to consider whether the pre-trib Rapture might be in Matthew 24. Meditating on this important passage should prove spiritually enriching. It has been for me.