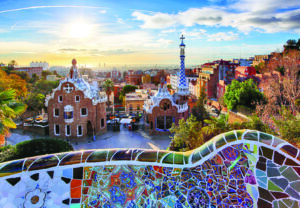 Back in March, right around the time that the virus hit, I received a message from Shawn, asking what I thought about translating the daily blogs at www.faithalone.org into Spanish. I had been working with GES for the past several months to translate Bob’s book, The Ten Most Misunderstood Words in the Bible, but Shawn wanted to see if we could produce content that Spanish-speaking readers could engage with on a regular basis. It had only been a few years since I myself had returned to embrace Free Grace Theology after a period of doctrinal confusion, and I had GES to thank for clearing up much of that confusion. The prospect of getting to translate some of the very articles which were so critical to my own growth in grace was thrilling.

The very first article I translated for the blog was one that Bob had written for Grace in Focus entitled “Is Lordship Salvation a Saving Message?” (¿Es el mensaje de Salvación por Señorío un mensaje que salva?) I knew how much of an impact it could have within the context of Spanish-speaking cultures bound by traditionalism and legalism. I knew from my own research that there was a scarcity of Free Grace materials available in Spanish and that much work was needed.

Just as this new endeavor was beginning, the Lord sent an unexpected partner my way. Through one of the online Free Grace forums, I met Alla (Kristina) Lozenko, a Ukrainian national living in Zaragoza, Spain, who had recently come to an understanding of Free Grace, and who passionately desired to help spread the word. As an economic researcher, Kristina regularly wrote papers for the university in Spanish and had the skills needed to help edit and refine our work. For some months, our goal was to post two Spanish articles per week, and we were proud to meet that goal.

However, the Lord saw fit to expand our ministry beyond just that. Three months later, in June, Shawn contacted me regarding a gentleman from Barcelona, Spain, Òscar Pellus, who had written in offering to help translate for the blog. Like Kristina, he had discovered GES’s ministry over YouTube, had been impacted by the Free Grace message, and wanted to give back. Òscar teaches English as a Second Language professionally and writes beautifully. With his help, we are now able to post three Spanish articles weekly. At the time of this writing, we have published a total of 80 blogs in Spanish!

Though our work is still in its infancy, we’ve received some good feedback on our work. A comment reached us from the coordinator of a pastoral training institute in Nicaragua who shares our articles with his students. Byron wrote:

For too many churches, [Free Grace] doctrine is something “new.” It’s really common to find churches teaching that you have to keep your salvation through works or traditions. When we teach the assurance of salvation and the grace of God, for some, it is offensive at first. But then they understand the meaning of the doctrine and their mistake. For that reason, it is really important to have good materials in Spanish to share with them. It’s really good that we have these articles to share with them for study and as a reference on the website and Facebook page.

A young Salvadoran man involved in a Hispanic Baptist church in Florida similarly commented, “I really like the idea GES had to share posts in Spanish because I have a lot of family and friends in my country who believe in faith + works = salvation.” He told us that he sends our articles over Messenger to his family and friends in Central America.

Kristina and Òscar have shared our work with countless Spaniards who have gained a clearer understanding of the freeness of His grace and of the faith alone message. Together we’re making inroads in both Latin America and Europe. A solid translation team has formed, and we look forward to what the future has in store for the Spanish-speaking outreach of GES!

If you have Spanish-speaking friends or family with whom you’d like to share our articles, please go to www.faithalone.org and click on Su Gracia Gratuita. Our articles can also be found on GES’s Facebook page.

Kelley Easley is a homeschooling mom of 3 and part-time translator and blogger living in Northwest Arkansas. She graduated from SMU in 1998 with bachelor’s degrees in Spanish and Latin American Studies, and has lived in both Spain and Costa Rica.