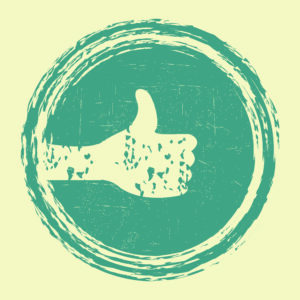 There is a word in the NT that all believers need to be aware of. In Greek, it is the word dokimos. A NT Greek dictionary will tell us that the word means either “approved” or “tested.” These two ideas go together. Something can be put to the test to see if it is approved.

One day, everyone who has believed in Jesus Christ for eternal life will undergo such a test. It will happen at the Judgment Seat of Christ. No believer can lose eternal life, so the Judgment Seat is not a place where that is the issue. Instead, the Lord will examine our lives to see if we will receive His approval. If we gain His approval, we will receive eternal rewards. If we don’t, we will lose those rewards.

In light of this, it would benefit us to look at how the word dokimos is used in the NT in those contexts which speak of the Judgment Seat of Christ.

Sometimes the Adjective is Used

In 2 Tim 2:15, Paul uses the adjective dokimos. Paul is about to be martyred for the faith and writes to his young lieutenant Timothy, “Be diligent to present yourself approved to God, a worker who does not need to be ashamed, rightly dividing the word of truth” (emphasis added).

Paul wants Timothy to accurately teach God’s Word. Why? So that he may be approved (dokimos) to God. In this verse, Paul doesn’t say when Timothy could possibly gain this approval. However, just a few verses earlier he tells Timothy that if believers are faithful to the Lord, not only will they be in the kingdom with Christ, they will reign with Him. There is a difference between being a citizen in the kingdom and reigning in the kingdom. What a great reward! Imagine actually reigning with the King of the coming world in His kingdom!

Later, Paul will say that since he has been faithful to the Lord, he will be rewarded. The Lord will give him a “crown of righteousness” (see 2 Tim 4:8). Since crowns will be given out at the Judgment Seat of Christ, Paul is referring to that day. The Judgment Seat is also the place where it will be determined which believers will reign with Christ.

Paul wants Timothy to be approved (dokimos) on that day. It should the goal of every believer to gain that approval.

James also uses the word when he writes to his readers: “Blessed is the man who endures temptation; for when he has been approved [dokimos], he will receive the crown of life which the Lord has promised to those who love Him” (Jas 1:12). Here is an example of the word dokimos used in both the main senses of the word. James says that God puts believers through hard times in order to test them. If they endure these tests in a God honoring way, they will be approved. Once again, at the Judgment Seat, such approval will result in a special crown. 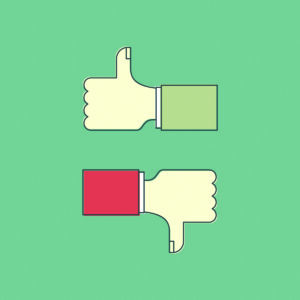 Sometimes the Verb Is Used

Sometimes the verb form “approve” is used. In Greek, it is the similar word dokimazō. In 1 Corinthians, Paul writes about teachers within the church and tells them that they need to be careful about how and what they teach. Why? Because “each one’s work will become clear; for the Day will declare it, because it will be revealed by fire; and the fire will test [dokimazō] each one’s work, of what sort it is” (1 Cor 3:13, emphasis added).

Here, we see that the verb is used with the meaning of “to test.” Paul tells the teachers at Corinth that one day, the Lord will put to the test their work as teachers. If their work passes the test, they will receive a reward (v 14). In other words, their good works will be approved by God.

In this wonderful passage, Paul says that at the Judgment Seat of Christ, the works of believers will go through the fire of Christ’s testing. Perhaps we could say that the fire of the Lord’s gaze will look over what we have done. Since He knows everything, this gaze will burn up anything that was not done with the right motive or anything evil that we have done. Our good works will pass the test, remain, and be approved by God.

That sure puts the work we do for the Lord in a new light!

Sometimes the Negative Is Used

In 1 Cor 9:27, Paul does this with the word dokimos. He puts an “a” in front of it. He talks about his ministry and then states, “But I discipline my body and bring it into subjection, lest, when I have preached to others, I myself should become disapproved” (emphasis added). The word disapproved is adokimos. Paul was afraid that at the Judgment Seat of Christ when the Lord looked at his ministry, he might be found disapproved. Clearly, Paul did not worry about going to hell. That is not the point.

When Paul engaged in his apostolic ministry, he chose not to get married. He chose not to take any money from the Corinthians. Sometimes, he did not eat specific foods because it might offend the people he preached to. In other words, there were things Paul could do and which would make him more comfortable that he did without. Why did he do such things?

Paul exercised discipline by denying himself certain things because by doing so he could more effectively serve the church at Corinth. He did not marry so he would have more time to conduct ministry. He did not charge them for his spiritual service so as not to give others the opportunity to accuse him of greed. He did not offend people with his food because they would be more open to hear what he had to say.

He could have thought of himself and not disciplined himself in that way. But if he did, he would be disapproved at the Judgment Seat of Christ. He would have lost eternal rewards in the coming kingdom of God. He willingly gave up things in this life in order not to be disapproved.

A Christian is somebody who has believed in Jesus for eternal life and has therefore received this life that he can never lose. That life is the result of God’s grace, is a free gift, and is not based upon our works in any way.

But that does not mean that our works are not important. If you are a believer, one day you will stand before the Judgment Seat of Christ. On that day, your life will be “tested” to see if it is “approved.” The Greek word dokimos has these two meanings.

Sometimes the adjective occurs. Sometimes it is the verb. And sometimes it is the negative form of the word. However it appears, one thing is clear: if we as Christians have a Biblical understanding of what God wants us to do with our lives, we will have a great desire to be approved (dokimos) by God on that day.

Failure is an option, but no believer has to experience it. With the help of the Spirit of God and His Word, we can all hear the Lord say to us, “Well done!” when He puts our lives to the test.

Can there be a greater motivation in life than to hear those words of approval?