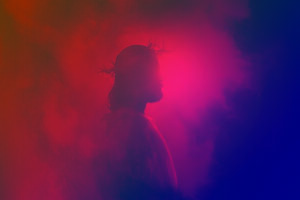 I was reading an article by a mid-Acts theologian about the saving message in John’s Gospel (“The Gospel Missing in John”). Although I sympathize with emphasizing the “Jewishness” of the Gospels, and I’ve learned a great deal from mid-Acts and Acts 28 dispensationalists, I think the contrast between the Twelve and Paul is often overblown. This article would be a case in point. Here is his thesis:

John’s gospel was the gospel of the name of Jesus. This was also the gospel preached in Matthew, Mark, and Luke. The gospel missing in John is the gospel given to the Church today for eternal life.

I’ve never before heard anyone say that John’s Gospel is not for eternal life (which it is), but there you have it. He believes there are important differences between John and Paul in their respective messages. What differences are those?

For one, the author seems to think that John taught a form of works salvation:

Whosoever believed in the authority (name) of Jesus, as sent from God to be King of Israel, and followed him into the kingdom would find life (John 5:24).

But does John’s Gospel say that you need to follow Jesus into the kingdom to find life? Not at all. I have no idea why the author quotes John 5:24 as a proof-text for that statement. It reads:

Most assuredly, I say to you, he who hears My word and believes in Him who sent Me has everlasting life, and shall not come into judgment, but has passed from death into life (John 5:24).

No Salvation for the World?

Another difference the author sees between John and Paul is that Paul says the world can now receive eternal life:

While Israel would be saved by Jesus [sic] name as the promised kingdom Messiah, the world can now receive the gift of eternal life by what Jesus did on our behalf on the cross.

But is that “gospel” missing in John? Can you think of any verse in John that might say the world can receive eternal life? How about the most famous verse in that book?

For God so loved the world that He gave His only begotten Son, that whoever believes in Him should not perish but have everlasting life. For God did not send His Son into the world to condemn the world, but that the world through Him might be saved (John 3:16-17).

According to John, who can believe and receive eternal life? Not just Israel, but anyone in the world.

Actually, the theme of the world is very prominent in John, occurring at least 81 times in 60 verses. He repeatedly emphasizes the importance of Jesus’ coming for the whole world. For example, think of what the Samaritans said:

Then they said to the woman, “Now we believe, not because of what you said, for we ourselves have heard Him and we know that this is indeed the Christ, the Savior of the world” (John 4:42).

According to John’s Gospel, is Jesus only the Messiah for Israel? No. He is the Savior of the world.

In fact, John’s Gospel was written at a time when Israel had already rejected Jesus:

I do not see a difference between John and Paul on this issue.

No Cross in John’s Gospel?

Another difference the author sees between John and Paul concerns the cross. The author claims the message of the cross is not in John’s Gospel:

The gospel of his name found in John 20:31 was the theme of the Lord’s earthly ministry to Israel in the book of John. Not one verse in John mentions the mystery gospel of the glory of the cross (Gal 6:14).

This is very bizarre. Is it true that John’s Gospel does not mention the glory of the cross? Does it present the death of Christ as a finished work or as good news? You can decide for yourself:

The next day John saw Jesus coming toward him, and said, “Behold! The Lamb of God who takes away the sin of the world! (John 1:29).

What does the death of Christ do? It takes away the sin of the world.

And as Moses lifted up the serpent in the wilderness, even so must the Son of Man be lifted up, that whoever believes in Him should not perish but have eternal life (John 3:14-15).

What will the lifting up of the Son of Man accomplish? That whoever believes should not perish but have eternal life.

Moreover, read John 19 and 20 which are all about the good news that Jesus died and rose again. For example, after the risen Jesus appeared to Thomas, did that apostle take it as good news?

The other disciples therefore said to him, “We have seen the Lord.” So he said to them, “Unless I see in His hands the print of the nails, and put my finger into the print of the nails, and put my hand into His side, I will not believe.” And after eight days His disciples were again inside, and Thomas with them. Jesus came, the doors being shut, and stood in the midst, and said, “Peace to you!” Then He said to Thomas, “Reach your finger here, and look at My hands; and reach your hand here, and put it into My side. Do not be unbelieving, but believing.” And Thomas answered and said to Him, “My Lord and my God!” Jesus said to him, “Thomas, because you have seen Me, you have believed. Blessed are those who have not seen and yet have believed.” And truly Jesus did many other signs in the presence of His disciples, which are not written in this book; but these are written that you may believe that Jesus is the Christ, the Son of God, and that believing you may have life in His name (John 20:25-31).

Clearly, Thomas received the resurrection of Christ as good news. In fact, it led him to faith in Christ’s deity as shown by his exclamation, “My Lord and my God!”

And notice why John said he included the resurrection in his narrative: it was one of the signs to lead people to faith in Christ for eternal life—

And truly Jesus did many other signs in the presence of His disciples, which are not written in this book; but these are written that you may believe that Jesus is the Christ…

So, in John’s Gospel, Jesus is sent to die on the cross to take away the sins of the world, because He is the Savior of the world, and anyone in the world may believe in Him and have eternal life.

How is that different from Paul?

I regularly read mid-Acts and Acts 28 dispensationalists and often find them profitable. I do see differences between Paul and the Twelve, but not where it concerns the cross and the free gift of eternal life through faith in Christ.