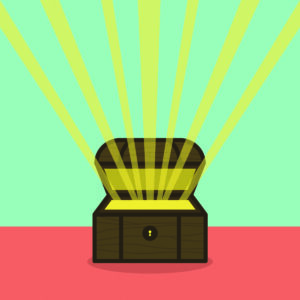 I remember when I was a teenager attending an adult Sunday school class for the first time. The lesson was on 2 Cor 5:10, which talks about the Judgment Seat of Christ. This judgment is not to determine salvation from hell, but rewards given for faithful service to the Lord. One of the participants had an interesting question. She asked, “Isn’t working for rewards selfish?” She went on to say that she didn’t want to do good works for rewards. Instead, she desired to do them out of love for the Lord, not asking for anything in return.

I think this woman was sincere but mistaken. Her point of view is common among those who reject the doctrine of eternal rewards. Since that day in Sunday school, I have been asked the same question many times by people from all walks of life. If you have been a part of the Free Grace movement, you may have also encountered this same sentiment. Perhaps you have personally struggled with the idea that rewards are selfish. If so, I would like to give three responses to this question that might be helpful.

In addressing the issue of whether seeking eternal rewards is selfish, let us first and foremost consider that the Lord Himself commanded us to seek them. If that is the case, then doing so cannot be selfish.

We don’t fault a man for having a bank account and saving his money here on earth. In fact, we tell people they should make wise investments and save their money. We teach our children to save their money. Is this a greedy practice? Are we training our children to be selfish when we tell them to use money wisely? Obviously not. It takes discipline and hard work. It is the smart thing to do.

The same thing is true with eternal rewards and investing in the coming kingdom of God. It is a wise use of our time and resources. No wonder the Lord commanded us to do so.

Because We Can’t Grow Without Seeking Rewards

A second reason to seek eternal rewards is that we cannot mature spiritually without believing that our God will give such rewards. The author of Hebrews tells us that we cannot please God unless we believe He is and that He is a rewarder (Heb 11:6). That is a bold statement and is worthy of some meditation. To put it another way, if you reject God’s promise of rewards, you have called Him a liar. By default, you are disobeying His command to work for rewards. If we can’t please Him without believing in rewards, then the believer who rejects this doctrine is fundamentally stunted in his Christian experience.

There is a false view of spiritual maturity when it comes to the issue of rewards. The lady in the Sunday school class thought that mature Christian living was following the Lord with no intent of receiving a reward. This sounds holy, doesn’t it? We might even say that she was being humble. We should obey because we love God, right? While on the surface, this sounds great, the NT says that loving God is not the only reason to obey Him. Seeking rewards is another.

The author of Hebrews gives us Moses as an example to follow in this regard:

By faith Moses, when he became of age, refused to be called the son of Pharaoh’s daughter, choosing rather to suffer affliction with the people of God than to enjoy the passing pleasures of sin, esteeming the reproach of Christ greater riches than the treasures in Egypt; for he looked to the reward (Heb 11:24-26).

We are told that Moses rejected the treasures and prestige of Egypt. Whatever love he had for God is not given as the reason why he took this action. He did it because he sought the reward. His intent is very clear and is given as an example of great faith. Moses was a reality. He saw the two kingdoms being offered to him, and he sided with Israel. Moses could have temporarily ruled over the Egyptians as a prince, or he could eternally reign in the kingdom to come, a major theme in the Book of Hebrews. He counted the cost of following the Lord and chose to suffer with Israel. He did this because he understood which kingdom would be a better one to invest in. This is not a discussion about salvation from hell. Moses was already saved. It is all about rewards.

This concept seems counter-intuitive for a lot of Christians. Part of the reason for this is because spiritual growth is often described in the abstract phrase of “loving God.” This can lead to the idea that the only incentive we have to obey God is because we “feel” a certain way about Him. With Moses here in Hebrews 11, it is much less touchy-feely. He desired the riches of eternal rewards in the kingdom of God over the temporary rewards that Egypt offered him.

The Lord also talked of discipleship in a practical way. In Luke 14:27-30, He describes discipleship like a man who sits down to calculate the cost of building a tower. This is a very practical way to look at the issues of obedience and discipleship when compared to the sincere feelings of the lady in Sunday school. When one sits down and counts the cost, it is not an easy decision. It will cost you something to be obedient to the Lord.

This isn’t to say God doesn’t care about our hearts and affections. The Lord concludes His discussion on rewards in Matthew 6 by saying that “where your treasure is, there your heart will be also” (v 21). The lady in Sunday school got it backward! The result of striving for rewards is love for God. If you want to love God’s coming kingdom, and ultimately grow in your love for the Lord, you need to invest in His kingdom.

If working for rewards pleases God, produces love for His kingdom, and helps us mature, how can striving for them be selfish? 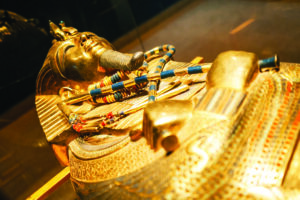 Because God Wants to Reward Us

The third response to this question deals with the character of God. As we saw, Heb 11:6 states that God is a rewarder. It is in His very nature. The Lord longs to reward His children, and by rewarding us He is glorified. Just like earthly parents, the Lord is a Father who desires to praise His children when they are obedient. When we are obedient, He wants the whole world to know about it.

In Hebrews 11, the author of Hebrews talks about faithful believers. In v 16, we are told that God is not ashamed to be called their God. I have always found this verse particularly insightful. Basically, the author of Hebrews is saying God takes pleasure in being identified with certain believers. We see this fleshed out in a few ways in Scripture. For example, over and over again, the Lord identifies Himself as the God of Abraham, Isaac, and Jacob. He points to them repeatedly and says, “I am their God.” It’s like a proud father at a football game saying after a touchdown that the quarterback is his son. God doesn’t do this with all of the OT saints. This is an honor for those particular men who glorified Him. In Heb 11:16, we see this will be true for other believers who endured (see also Rev 3:5). It pleases the Lord to be identified with faithful believers. It is in His very character to reward those who obey Him.

Recently I was teaching a group of college students that I have had the privilege of mentoring since middle school. They are all believers. They understand that salvation is simply by believing in Jesus Christ for eternal life. They also have been taught about the doctrine of rewards and the Judgment Seat of Christ. The other day, one of these young people stopped in the middle of the lesson and asked me a familiar question. She asked, “Aren’t rewards selfish?” I’ll be honest. I was a little shocked by the question. I realized later that even among Free Grace people, the doctrine of rewards could sometimes feel selfish. I think this is an example of when we need to allow the Word instead of our emotions to transform our thinking (Rom 12:1-2). As a general rule, the world and many false religions have taught that rewards are a sinful motive for obedience. I disagree. I would argue that not only is striving for rewards the obedient thing to do, it is something that helps us mature. It is also a way to make our Father proud.

Kathryn Wright lives in Columbia, SC, with her husband Dewey and their dog Pippin. She teaches at Bible schools overseas.