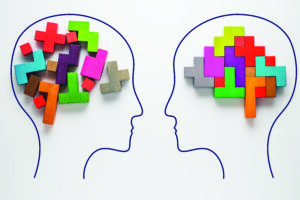 What is the most important verse in the Bible? Several years ago I heard a Jewish conservative radio personality being asked that question. Since then I have asked many Christians the same question. John 3:16, “For God so loved the world…” is the most often chosen verse. A distant second is, “You shall love the Lord your God…” (Matt 22:36-40). Another is 1 John 4:8, “God is love… .” How would you answer it? (Before reading farther, pick what you think is the most important verse in the Bible.) Dennis Prager says it is Gen 1:1, “In the beginning God created the heavens and the earth.” He says it is the most important verse because if “Genesis 1:1 is not the case, then nothing that follows matters, and nothing that follows makes real sense.”1 I agree.

Paul Johnson, prolific and profound author,2 also agrees with him. In The Quest for God: A Personal Pilgrimage, he states the striking implications of a theistic verses atheist worldview.

The existence or non-existence of God is the most important question we humans are ever called to answer. If God does exist, and if in consequence we are called to another life when this one ends, a momentous set of consequences follows, which should affect every day, every moment almost, of our earthly existence. Our life then becomes a mere preparation for eternity and must be conducted throughout with our future in view. If, on the other hand, God does not exist, another momentous set of consequences follows. This life then becomes the only one we have, we have no duties or obligations except to ourselves, and we need weigh no other considerations except our own interest and pleasures. There are no commands to follow except what society imposes upon us, and even these we may evade if we can get away with it. In a Godless world, there is no obvious basis for altruism of any kind, moral anarchy takes over and the rule of the self prevails.3

This “momentous set of consequences” has been around for centuries. The Bible speaks of the man who concludes in his heart “There is no God” (Ps 14:1). But over the past two decades a group known as the “New Atheists,” such as Sam Harris, Richard Dawkins and Christopher Hitchens, have brought it to the marketplace of ideas. And therefore, Atheism presents a major challenge for Christians.

I have found Christians and non-Christians have one thing in common—neither knows why they believe what they believe. For most, their faith is firmly planted in mid-air!

Peter admonishes us to always be “ready to make a defense, to everyone who asks you to give an account for the hope that is in you, with gentleness and reverence” (1 Pet 3:15). Biblical hope is always evidential hope. True hope is reasonable, not wishful!

My approach is first to listen. If someone tells me he is not interested in talking about spiritual matters, I politely say, “I get it; would you mind if I ask why?” Many will say, “I was not raised in a religious family and see no need of God in my life.” Again, I gently ask, “Do you believe in God?” If they say no, again politely I ask, “Would you mind telling me how you came to that conclusion?” (By the way, in case you have not figured it out yet, we are now talking about spiritual things.) Their answer is often founded in the evil and suffering in the world, and perhaps in their own life. My response is, “I get that. In fact, I think the problem of evil and suffering is the greatest argument against God’s existence. But I do think there are three insurmountable problems to atheism.” I then, very politely ask them if I might share those three things with them. The majority of the time they will let me do so.

At this point, I am not making the case for theism, but rather pointing out some serious problems with atheism. My goal is to politely point out the holes within the person’s worldview and the wholeness of the Biblical worldview. There are three glaring problems with it: it is logically untenable, practically unlivable, and humanly intolerable.

Let’s look at the logical problem first. Atheism claims there is no God, and therein is a problem. One cannot prove a negative. Imagine, if you will, a circle that contains all of the knowledge in the universe.4 If you were to shade in an area commensurate with your personal knowledge, how much of the circle would be shaded? Even the most educated individuals could scarcely shade in more than one percent. Therefore, is it not possible that the knowledge of God is outside your personally acquired knowledge? Of course it is! But that does not mean that God does not exist.

Let me illustrate the point. I live in Denver, Colorado. It gets cold here during the winter. It gets so cold that the water in the local lakes will freeze so hard that you can walk on them. Now let’s say that you told a group of indigenous people in a tropical climate that water becomes so hard that you can walk on it. Try as you might, it would be impossible to describe ice to them since it was outside of their frame of reference or experience. But that does not negate that H2O, a liquid where they live, can become a solid where I live.

In other words, one would have to be God (having all knowledge) to say that God does not exist. Just as we saw in the illustration with the indigenous people, it is possible that the knowledge of God is outside their frame of reference or life experience. 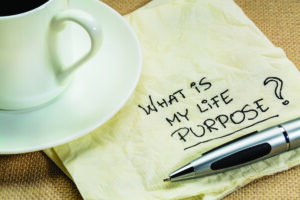 If there is no God, there is no basis for meaning in life. William Lane Craig straightforwardly states this.

If each individual person passes out of existence when he dies, then what ultimate meaning can be given to his life? Does it really matter whether he ever existed at all? It might be said that his life was important because it influenced others or affected the course of history. But this only shows a relative significance to his life, not an ultimate significance…

Because the human race will eventually cease to exist, it makes no ultimate difference whether it ever did exist. Mankind is thus no more significant than a swarm of mosquitos or a barnyard of pigs, for their end is all the same. The blind cosmic process that coughed them upon in the first place will eventually swallow them all again.5

Finally, if there is no God, then life is purposeless. It is, in the words of Shakespeare, “a tale told by an idiot, full of sound and fury, signifying nothing.”7 No matter how much meaning you might wish to inject into life, “without God the universe is the result of a cosmic accident, a chance explosion. There is no reason for which it exists. As for man, he is a freak of nature—a blind product of matter plus time plus chance. Man is just a lump of slime that evolved into rationality. There is no more purpose for life for the human race than for a species of insect; for both are the result of the blind interaction of chance and necessity.”8

Now someone may say beauty, meaning, value, and purpose are in the eye of the beholder or mind of the thinker. They are self-created. But that is akin to whistling through a graveyard at night to ward off potential evil. In the end, there is no real, only an imaginative, basis for either. No. In order to have a real basis for meaning, value, and purpose, there must be a God.

Finally, and perhaps the most telling point is that everyone assumes there is meaning, value, and purpose in the universe. Everyone thinks that what he or she does has some degree of purpose, that his or her values are better than Adolph Hitler’s, and that his or her life has some degree of meaning. So while one can claim to be an atheist, one cannot live consistently with that claim.

Finally, many people have never considered how intolerably inhumane atheism is. Wrongly they ascribe all the ills and evils in the world to religion or Christianity. How often have you heard the statement: religion has killed more people and started more wars than anything else?

Vox Day, in his book The Irrational Atheist, has researched it.9 From 1481-1834, 3,230 people were killed by the Inquisition, averaging nine a year. Now even one unjustified death is a terrible thing at the hands of a Christian theist. But Christian theists are no match for atheists.

Cleary, if perpetrating evil and death upon humanity disqualifies an ideology, then atheism is debunked.

So while the tree of atheism might look attractive, it yields a deadly cruel fruit that is logically untenable, practically unlivable and humanly intolerable.

2. His book Modern Times: The World from the Twenties to the Nineties is the most insightful analysis of how we arrived at such a state of global dysfunction.