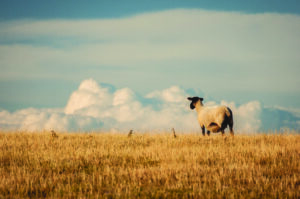 “Do not think that I came to destroy the Law or the Prophets. I did not come to destroy but to fulfill” (Matt 5:17).

Jesus said that He came to fulfill the Law and the Prophets. In other words, the Lord was giving a purpose statement for His ministry, and whenever someone does that, you had better pay attention! Jesus’ confrontations with the Pharisees and the rabbinic laws of the day raised questions about His relationship to the Law. What was He trying to do? Jesus answered that He did not come to destroy the Law and the Prophets, but to fulfill. But what does that mean? How does Jesus fulfill OT Scripture? Michael Eaton lists four different ways:

1. “Jesus fulfilled the principles and precepts of the law” (Eaton, The Way That Leads to Life, p. 46). The Mosaic Law had hundreds of commands and prescriptions for Israel to fulfill. And the OT prophets often acted as covenant lawyers bringing suit against Israel for failing to obey those commands. In contrast to Israel’s disobedience, Jesus fulfilled all the requirements of the Law in both His thoughts and His behavior. No one could critique His life or accuse Him of failing in His obligations to God. In a related sense, Jesus was also the greatest expositor of the Law, showing us, through His life and teaching, what it truly demanded. In sum, Jesus fulfilled the ethical demands of the Law and the Prophets.

2. “Jesus fulfilled the programs and prophecies of the Scriptures” (p. 47). Eaton explained that at the heart of the Scriptures was God’s plan to “undo the work of ‘the serpent’ (Gen 3:15).” The Bible is not primarily a book of laws, so much as a story of redemption. The Lord promised that the Seed of the woman would crush the serpent’s head. In other words, a Messiah was coming. And over time, God gradually revealed more information about what Messiah would be like, such as “a great Chosen King, a Suffering Servant, an Anointed Conqueror” (p. 48). Jesus fulfilled those roles (well, some of them; others await a future fulfillment in the kingdom). In sum, Jesus fulfilled the Messianic prophecies of the Law and the Prophets.

3. “Jesus fulfilled the patterns and pictures of the scriptures” (p. 48). Besides giving explicit commands and predictions, God’s Word also teaches through types and symbols. Trees, arks, lambs, priests, feasts, and sabbaths, and people such as Adam, Moses, Melchizedek, and David often foreshadow or prefigure what Messiah would be like and what He would do. Like Moses, Jesus taught on a mountain and delivered His people from slavery. Like David, Messiah will reign. Like a lamb, Jesus was sacrificed for sin. Like Melchizedek, He is a priest forever. In sum, Jesus fulfilled the Messianic types of the Law and the Prophets.

4. “Jesus fulfills the psalms and proverbs” (p. 48). How does He do that? By embodying the figure of the King we meet in the Psalms and of the Wise Man we see in Proverbs. In sum, Jesus fulfilled the wisdom of the Law and the Prophets.

So how does Jesus fulfill the Law and the Prophets? Probably in more ways than you realized!