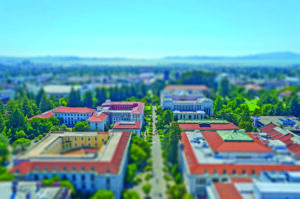 Back in the early 1990s, the subject of Lordship Salvation had arisen in the college fellowship that I was attending. This typically manifested itself with statements from my contemporaries along the lines of, “Well if you are not doing [insert a good work here] or if you are doing [insert a bad deed here], then I doubt you are really saved.”

A few years prior, I had come to believe Jesus’ promise of eternal life (John 3:16; Eph 2:8-9) and through the efforts of my church’s high school fellowship was assured of my eternal destiny because of this belief. So, statements such as the above bothered me as they seemed to introduce works into the saving message that I had been taught previously.

John MacArthur had become very popular among the leaders of this church’s college fellowship. However, these leaders’ statements on the subject had been confined to expressing doubts about salvation of others based on their works. I did not understand what was meant by the expression Lordship Salvation. Still, I realized that I needed to investigate this, because if I misunderstood the terms of eternal salvation, then I was wrong on the most important issue of all—how one receives eternal life. I proceeded to order John MacArthur’s The Gospel According to Jesus and Zane Hodges’s Absolutely Free! I was not familiar with Zane Hodges and had never read any of his books or writings before. The reason I ordered Hodges’s Absolutely Free! was because it was available on clearance for $4.95. This would turn out to be the best $4.95 I had ever spent. Before and while reading these books, I would pray to God that He would help me to see the truth about salvation.

I read John MacArthur’s book first and came away thinking that many of the interpretations seemed forced, were contrary to the plain meaning of the text of the passages, were contradictory (e.g., a gift that costs you everything), or, if correct, would mean that salvation is by works and not by faith, which contradicted other clear passages of Scripture.

My conclusion after reading these books was that salvation is received by believing in Jesus Christ and that surrendering to Jesus as Lord of one’s life or repentance, defined as being willing to give up one’s sins, are not necessary in order to be saved.

However, I was left with a question that troubled me. If you do what Lordship Salvation teaches you to do, will you be saved? My preliminary conclusion was that Lordship Salvation is not the saving message because it is not teaching that all who believe in Jesus alone for salvation are born again.

Lordship Salvation teaches that someone must surrender to Jesus as Lord of his life and must be willing to give up his sins in order to be saved. That is not the message that Jesus and His apostles taught.

This conclusion troubled me greatly, as it would mean that Lordship was not just a minor error, but one which, if believed, would not result in salvation.

Now this was back in 1992, before e-mail, social media, and the worldwide web, so it was hard to contact someone without a personal connection. My conclusion continued to bother me, as the implications of Lordship Salvation being taught were very serious. I noticed in Absolutely Free! that there was a post office box address. So, I decided to write Zane Hodges at that address with the question of whether if one does what Lordship Salvation teaches, will that person be saved? In my letter, I explained my preliminary conclusion of “No.” Now, I was uncertain whether Hodges would respond, as I fully expected that someone who was an author published by a major Christian book publisher, a former seminary professor, and a pastor of a church, would not have the time for a personalized response to a college student asking questions.

However, a few weeks after I wrote, I received a letter with the following response:

Thank you for your letter of 5/18/92 and the encouraging words about Absolutely Free!

I believe you have reached exactly the right conclusion about the salvation of those who profess Lordship Salvation. If such a person, at any time, has put his faith for eternal life in Christ alone, then he is surely saved (according to God’s promises) regardless of what he now believes.

If, however, such a person has never trusted Christ alone, he then has trusted Christ plus his own commitment or works or fruit. This, of course, is not the Biblical gospel and thus cannot save anyone.

As a matter of fact, there is reason to believe that some of the prominent Lordship teachers had, at one time, believed the Biblical gospel in its simplicity. If so, they are saved, but their responsibility before the Judgment Seat of Christ will be enormous.

Thanks for writing. Your letter is certainly a model of clear thinking. God guide and bless you as you make known His grace!

The question that I pondered almost 30 years ago remains a question that is still debated today. The answer to that question continues to be answered in John 11:25-27:

Jesus said to her [Martha], “I am the Resurrection and the Life. He who believes in Me, even if he dies, will live. And everyone who lives and believes in Me will never die. Do you believe this?”

“Yes, Lord,” she told Him, “I believe that You are the Christ, the Son of God, who was to come into the world” (Logos 21 Version).

Mike Lii serves at Victor Street Bible Chapel in Dallas, TX and helps to administer the Zane Hodges Library, which includes many free audio and video messages by Hodges (www.ZaneHodges.org).