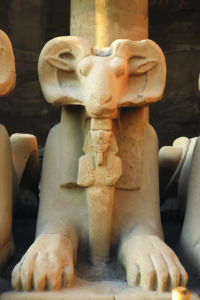 Why is it such a successful commercial? Could it be in today’s culture the word no is rarely heard, especially from Hollywood celebrities?

Why is it so hard to say no to things we know we should not do?

Stephen Covey, in his book Seven Habits of Highly Successful People, insightfully says, “You have to decide what your highest priorities are and have the courage pleasantly, smilingly, and non-apologetically—to say no to other things. And the way you do that is by having a bigger yes burning inside.”

In Genesis 39, we see the power of a “bigger yes burning inside.” It burns in the heart of a teenager named Joseph.

What we have here is a reverse exodus—you take the Jew out of the Promised Land into Egypt. How?

First, you place him in a very dysfunctional family with a loving father and hateful brothers.

Secondly, you give him two dreams indicating the family will bow down to him (Gen 37:1-11).

Third, you have the brothers sell him to a caravan of Midianites, who just happened to be on their way to Egypt.

Fourth, you use The Midianite Transfer Company to drop him off in Cairo, Egypt.

Fifth, and finally, you arrange for an Egyptian official to buy him out of the slave market.

It did not take long for Joseph to know he was not in Kansas/Canaan anymore. Every sensory receptor this young man possessed was overloaded by strange sounds, sights and smells. Kent
Hughes sets the scene for us:

The long trek completed, Joseph descended to the storied Nile valley and the pyramids. Egypt’s fifteenth dynasty was in full swing as the country prospered under its famous Hyksos rulers (circa 1720–1570 B.C.). Every morning the rising sun was greeted with the chanting of cultic hymns to awaken the gods from their slumber, after which the idols were ritually bathed and then sumptuously dressed and breakfasted with morning offerings…Joseph was at the epicenter of the darkness, an aristocratic house where the rulers of the land came and went—a penthouse of Egyptian opulence and culture (Hughes, Genesis: Beginning and Blessing, p. 461).

But Joseph was not alone—an Unseen Presence traveled with him and protected him on the way to Egypt (v 2), and would one day take the Jews back out of Egypt (cf. Exod 5:1-2).

As if to make a point of the Presence, the author notes the Lord was with Joseph from Potiphar’s penthouse to the King’s Prison House (vv 2-3 and 21-22).

Joseph was in the land of Egyptian gods, but he was with the God of Israel, whose covenant name is Yahweh. Joseph’s father, grandfather, and great grandfather all knew that name. And soon
enough, so would all of Egypt.

The Lord blessed Joseph’s great-grandfather (Gen 12:1- 3), and now He blessed Joseph with success and prosperity (vv 2-3). And do not miss that the blessing is also upon Potiphar, an Egyptian.

Potiphar must have asked Joseph about his background and his gods. Or Joseph might have engaged Potiphar in a conversation and told him about Yahweh. That’s why he knew the source of Joseph’s success and “saw the Lord [Yahweh] was with him and how the Lord (Yahweh) caused all that he did to prosper in his hand” (v 3). The promise given to Abraham, “I will bless those who bless you” came upon Potiphar: “the Lord (Yahweh) blessed the Egyptian house on account of Joseph” (v 5).

Joseph was soon to be second-in-command of the Potiphar household (Gen 39:6), only answerable to Potiphar. He managed the house of Potiphar, including the other servants.

As a result of God’s blessing, Joseph became a bigger blip on Satan’s radar. He saw Joseph as a clear and present danger in the “Seed War,” a conflict that broke out in the Garden of Eden (Gen 3:15) where God prophesied enmity between the Seed of the woman and the seed of “Ha Nachash” (i.e., the serpent).

The future coming Seed of the woman (i.e., Jesus) would render a fatal head blow to the serpent, so Satan uses a woman to attack Joseph.

The Housewife of Cairo Hills is direct, blunt, and obscenely outspoken, “Lie with me!” This is not a suggestion, but a command, and she was used to slaves obeying her orders.

It would be a mistake to look upon this incident as simply the offer of sexual favors. It is not. As Paul told the Ephesians, “For we do not wrestle against flesh and blood, but against principalities, against powers, against the rulers of the darkness of this age, against spiritual hosts of wickedness in the heavenly places” (Eph 6:12). Satan failed to destroy this young man in a pit, but perhaps he could destroy him in a fit of passion.

But this slave had a “bigger yes” burning inside of him. Joseph could not do “this great evil” against Potiphar or against God. He knew the time for a reasoned refusal was over, so he ran, leaving her clutching his robe (vv 12-13).

Today there is a common response to a political or personal failure—you must get ahead of the story and create the narrative rather than respond to the narrative. So she calls the men of the house and plants a false story, knowing it would spread. And since Joseph oversaw these men, they might have reason to resent him.

She told them Joseph was the aggressor. He tried to force himself upon her so she screamed, and he did what guilty people do and fled the scene of the crime. Having established the narrative and knowing it is her word against Joseph’s, she had one more chore, i.e., dealing with Potiphar. She set the scene with Joseph’s garments (v 16). She not only wants him to hear what happened, but to see it, too. It is one thing to hear of another’s man sin against you, and another to see his clothing in your bedroom.

She told Potiphar that it was Joseph. The one he brought into this house. It was because of his lack of discernment that this happened. She sought to shame her husband, saying, “This is what your slave did to me,” (Gen 39:19). In effect, she says, “You brought this evil into our house. I expect you to do something. Your wife has been embarrassed and disgraced by your slave.”

Potiphar took Joseph and put him in jail. In Egypt, there were no Miranda rights, defense attorneys, or “Can I hear your side of the story?” It was off to jail you go.

Having served the captain of the bodyguard, Joseph had no doubt heard of this prison and of the stories of what happened to foreigners who threatened ranking Egyptian officials—they threw away the key.

No doubt the evil one was doing a dance. His goal was to prevent Joseph from fulfilling his dreams, and now Joseph was out of circulation. He never thought Joseph would ever see the light of day. He took Joseph out—or so he thought.

But standing in the wings, there was the Unseen Presence who traveled with Joseph to Egypt. “The Lord was with Joseph and extended kindness to him and gave him favor in the sight of the chief jailer” (v 21). Once again God has duped the devil. He guided and directed Joseph’s every move from Canaan to Egypt. He used a doting dad, a costly robe, the jealousy of brothers, a Midianite caravan, a slave market in Egypt, the captain of Pharaoh’s bodyguard, and a conniving and unfaithful woman, the silence of Potiphar’s household, and now the chief jailer in Pharaoh’s
prison.

This jailer, sensing or having heard of Joseph’s supervisory talents, did not put him in solitary, but put him in charge. This supervisory role allowed God to add two more pieces of his plan. Now that Joseph is in charge (vv 21-22), He will soon place two high ranking officials—the baker and cupbearer—into Joseph’s charge (Genesis 40:1-4).

If you were to interview Jacob, do you think he would say Yahweh is with his son?

No, he at this point thought he was dead.

How about the bothers, would they say Yahweh was with Joseph? Surely not, or he would not have been bought by Midianite merchants.

What about those Midianites in the caravan? If they talked among themselves, would they see the hand of God on this Israelite walking in the sand behind them? Or would they think, surely this is an unjust and evil man. Why would his brothers want to take his life and then sell him to us?

Although Potiphar saw the God of Israel prosper and bless Joseph, was He rethinking it now? Certainly Potiphar’s wife would talk of the Hebrew who thought his God would deliver him from her hand.

And what about the servants Joseph managed in Potiphar’s house? They still had a job and he was doing time.

What kind of God would allow a follower to be falsely accused and unjustly imprisoned? Certainly, his God was fickle, forsaking His one follower in all of Egypt.

But they did not know the God of Israel or understand that He “remembers His covenant forever, the word which He commanded to a thousand generations,” (Ps 105:8). They did not see in their pantheon of gods one who shows chesed or loyal love.

While all thought Joseph abandoned, he knew differently. The God who led him into Egypt would lead him out of jail, and all his dreams would come true. Inside this cruel, dark, dank dungeon was a man with a heart, burning with a bigger yes!